MoPals.com Inc. (“MoPals”) (Stock Symbol: MOMO), the world’s first community-driven, crowdsourced loyalty program, with a focus on creating value for brands by rewarding customers for their social media influence and brand ambassadorship, today announced Steve Gupta to its Board of Directors.

“We are ecstatic to have Steve Gupta join our Board of Directors,” said MoPals’ founder and CEO Alex Haditaghi. “Steve’s world-class corporate experience in the real estate and hospitality industry for the last 35 years, coupled with his boundless energy and business prowess will make him a great addition to MoPals as we continue to build a fresh and innovative brand that challenges the traditional loyalty market.”

Steve Gupta is the president and chief executive officer of the Easton’s Group of Hotels, and has been granted various notable distinctions. In 2005, he was the recipient of Ernst & Young’s Entrepreneur of the Year Award for Ontario. In 2009, Steve was the winner of the Marriott Outstanding Contribution Award, as well as Developer of the Year by Hilton. In 2010, he became the first Canadian and the only South Asian to have won the esteemed Marriott Horizon Partnership Circle award. Most recently, he was profiled as one of RBC’s Top 25 Canadian Immigrant award winners of 2013.

With a passion for giving back to the community, Steve has honourably done so for the last 20 years, serving on various hospital and charity boards, such as St. Michael’s Hospital, Rouge Valley Health System, and the Centenary Hospital Foundation. He is the Chairman of the Rajesh Gupta Foundation, a federally incorporated Canadian Charity and has served as the chairman for 9 years for the Choice Hotels Canada Franchise Advisory Board. In 2011, he was appointed to the University of Toronto’s Governing Council for a three-year term, after previously serving on the board of UTGC’s business council before Ontario Premier Dalton McGuinty appointed him to the Governing Council, which makes influential decisions for the University of Toronto.

When the Indian-born entrepreneur came to Canada, he had little money in his pockets. Now over three decades later, Steve can be seen as one of Canada’s most successful business people, and a highly respected hotelier. His portfolio now boosts 15 hotels and the development of a multi-use condo project called, King Blue Condos, currently in pre-construction on King West and Blue Jays Way.

“Steve’s story of immigrating to Canada with nothing but big dreams makes him not only a risk taker but a visionary, exemplifying the very roots of our hard working North American mentality,” said Ralph Lean, Chairman of MoPals’ Board. “Steve’s leadership and knowledge in introducing new upscale focused brands will bring strong guidance to the MoPals team and we couldn’t be more pleased about this appointment,” said Lean.

About MoPals
MoPals.com Inc. (MOMO) is a publicly traded company and the world’s first community-driven, crowdsourced loyalty program that bridges the gap between social media and reward platforms. With a mobile-based, experiential and Big Data-driven platform, MoPals rewards its members for both social and transactional behaviors. MoPals uses an exclusive digital currency, MoCoins(TM), to foster an exciting community where consumers are rewarded for making purchases at participating businesses, as well as engaging in a wide range of social media activities that enhance brand value. For more information, visit the company website at www.MoPals.com.

Forward Looking Statements
This press release contains forward-looking statements as defined within Section 27A of the Securities Act of 1933, as amended, and Section 21E of the Securities Exchange Act of 1934, as amended. These statements relate to future events, including our ability to raise capital, or to our future financial performance, and involve known and unknown risks, uncertainties and other factors that may cause our actual results, levels of activity, performance, or achievements to be materially different from any future results, levels of activity, performance or achievements expressed or implied by these forward-looking statements. You should not place undue reliance on forward-looking statements since they involve known and unknown risks, uncertainties and other factors which are, in some cases, beyond our control and which could, and likely will, materially affect actual results, levels of activity, performance or achievements. Any forwardlooking statement reflects our current views with respect to future events and is subject to these and other risks, uncertainties and assumptions relating to our operations, results of operations, growth strategy and liquidity. We assume no obligation to publicly update or revise these forward-looking statements for any reason, or to update the reasons actual results could differ materially from those anticipated in these forward-looking statements, even if new information becomes available in the future. For a discussion of these risks and uncertainties, please see our filings with the Securities and Exchange Commission. Our public filings with the SEC are available from commercial document retrieval services and at the website maintained by the SEC at http://www.sec.gov. 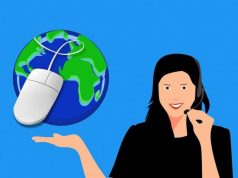 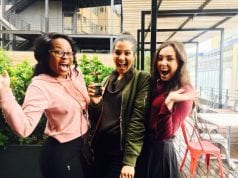 "We Will Continue to Initiate Policies to Improve the Human Capacity...