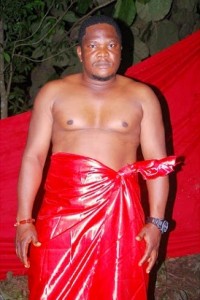 Ok, this is something that would bring wide smiles to the faces of all ‘waka pass’ actors and actresses.
Famous Nollywood actor, director and Senior Special Adviser to Ibinabor Fiberesima on Information and Strategy — Ugezu J. Ugezu, has been provoked and is venting out his frustration.
He is angry about the way Nollywood burgeoning actresses are being treated just because they’ve not featured in so many hit movies.
Ugezi says they have a right to promote themselves online like any other actress, see what he says below: –
“The truth is that an actress is an actress. Your argument that she acted only in two films and is spending money with all the online promoters to promote herself does not hold water. Even if it is only one scene she has acted, that is art for she actually acted that scene. Free her to promote herself and her art.Now if you believe that acting one scene is easy and not worthy of any publicity, why have you not acted any???”

RAPID Partners at THE BIG M Creating a Shared Vision for...