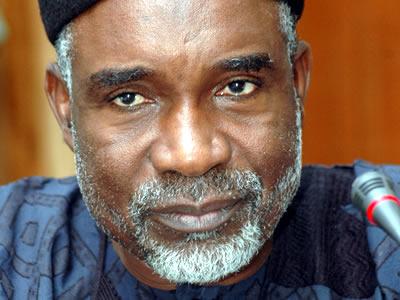 Some Socio-political groups in the South on Sunday lampooned the Governor Murtala Nyako of Adamawa State over his recent letter to the northern state governors.

Nyako, in a letter dated April 16, 2014, which he addressed to the Northern States Governors’ Forum, accused the President Goodluck Jonathan administration of perpetrating genocide against the North.

He had claimed that Jonathan was from Eastern Nigeria – the region that was responsible for killing many northern elites in the first military coup of January 15, 1966.

But the pan-Yoruba socio-cultural organization, Afenifere and its Igbo counterpart, Ohanaeze faulted the governor.

The spokesperson for the group and delegate to the ongoing National Conference, Mr. Yinka Odumakin, in an interview in Abuja, said that the statements by Nyako were unfortunate.

He said, “That a state governor, a chief executive, a former chief of naval staff in the country can be making such a careless, reckless and unguarded statement at this moment we are facing serious security challenge, is very unfortunate.

“Shekau (Boko Haram leader) yesterday (Saturday), claimed responsibility for Abuja bombing, saying the sect will bomb Abuja again. For a governor to say Boko Haram is a phantom, such a governor should be facing interrogation by now”, Odumakin added.

Speaking in the same vein, Ohanaeze Ndigbo said Nyako’s statement was indicting and aimed at causing chaos in the country.

A chieftain of Ohanaeze Ndigbo, Mr. Chuks Ibegbu, said, “We expect him as a political leader to diplomatically sort his differences with Jonathan, rather than create tension and further worsen the security situation in the country”.

He said, “Accusing Jonathan falsely is very unfortunate. He is only distorting history. His statement is quite shocking”.

Ibegbu also debunked Nyako’s claim that northern elites were massacred by military officers of Igbo origin, saying people from the Eastern part of Nigeria were the worse hit in 1966, “and not the other way round”.

AKA To Jump On New Track With Wande Coal