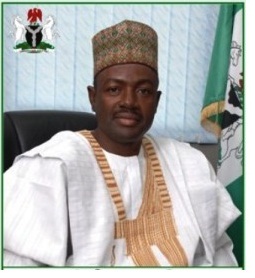 Nigeria is looking to rebase its Growth Domestic Product (GDP) to identify sectors that have been left out in the nation’s GDP for 15 years.

Briefing reporters after the Federal Executive Council meeting on Wednesday, the Minister of Information, Labaran Maku, said the Minister of Finance briefed the meeting about the planned GDP rebase.

He told the reporters that the Ministries of Finance and National Planning, the Chief Statistician to the Federation and international agencies like IMF, AFDB, IDB had understudied the sectors of the Nigerian economy for more than one year.

The event, which will take place on Sunday at the NICON Hilton Hotel in Abuja, will formally enable Nigeria to know a few of the sectors that recorded the most progress and which ones are lagging behind.

“We are supposed to do this every five years. Every country re-calibrates its own GPD statistics and date to show the progress made or challenges faced by the economy. The council was briefed that Nigeria will formally release the new GDP figures for the country on Sunday.

“The importance of this is that, for the first time in 15 years, we will know, scientifically, what the GDP figure is and what the contributions of every sector to the economy are. We will also be able to know the sectors that have made the most progress and which ones are lagging behind,” Mr Maku said.

The meeting, which was chaired by the Vice President, Mr Namadi Sambo, also discussed the speculations of Ebola diseases outbreak in Nigeria and the Minister of Information reassured Nigerians that there were no cases of Ebola fever in Nigeria.

He said that the Minister of State for Health, Dr Khaliru Alhassan, had told the council that his ministry, during the week, took time out to verify the speculations and that his findings indicated that Ebola fever was not in Nigeria.

At a news conference in Abuja on Monday, Dr Alhassan, dismissed media report that there was an outbreak of the disease, saying that laboratory investigations revealed that it is not Ebola but dengue fever.

He said: “Most Nigerians mistake Dengue fever, which is also transmitted by mosquitoes in urban and semi urban areas, for Ebola disease.

“Dengue Fever is caused by a virus usually transmitted through a particular type of mosquito, not the normal anopheles mosquito that we know in Nigeria that transmits malaria.

“Its symptoms are very similar to that of malaria, with fever, headache, body pains and associated vomiting. It can easily be mistaken for malaria where there is no high index of suspicion in the first instance,” Dr Alhassan said.

He stressed that the government had taken a proactive measure by putting all port and border posts on high alert to screen travellers from countries with confirmed Ebola cases.