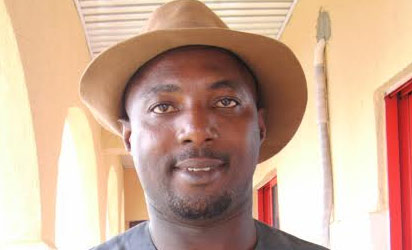 The Okah brothers have denied the allegation by Ijaw national leader,Chief Edwin Clark, that they were behind the recent abduction of his son, Ebikeme, in Delta State recently.

While the elder Okah, Henry, is currently serving a jail term in South Africa for masterminding the October 1, 2010 bombings in Abuja and gun-running, his younger brother, Charles is in prison custody at the Kuje Prison, Abuja.

The brothers in a statement released by their counsel, Festus Keyamo (Esq), described the allegations as logically untenable since they are both behind bars.

The statement read in part: “The accusation is factually wrong and logically untenable.

“Our clients are in prison custody both in South Africa prisons and Kuje prisons, Abuja. They are under the watchful guidance of security agencies.

“It is therefore unthinkable that such a complex plot as a kidnap will be hatched and executed from such distance and confinement. That will be a scathing indictment of security agencies and prison officials.

“Secondly, it is curious that Chief Clark never mentioned any other fact to back his accusation. His accusation is hanging in the air and is, at best, a figment of his imagination”.

The Okah brothers wondered why Clark “seeks to apply the sledge hammer on their sons that have already been wrongly accused and oppressed as a result of hire-wired politics”.

Keyamo warned that the Okah brothers would “seek legal redress if Chief Clark continues his diatribe against them”.

SA Government Should Arrest Those Behind Attacks – NLC

Davido Now Own A Ferrari?