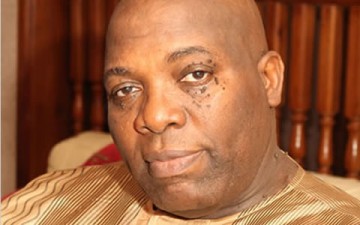 The Presidency has again maintained its stand that opposition politicians are behind Boko Haram killings in the country.

The Senior Special Assistant to the President on Public Affairs, Dr Doyin Okupe, who was a guest on Channels Television Sunrise Programme yesterday, was responding to a question on whether he believed that Nigerians loathed President Goodluck Jonathan.

The presidential aide argued that Jonathan was the most maligned president the nation had ever produced. “What is the volume of blood of Nigerians those who want power require to unseat Jonathan?” Okupe asked.

Okupe, who likened the Boko Haran insurgency to a war situation, noted that terrorist attacks had been a daily affair in the country since 2009.

He also lamented that the war against terrorism had been made difficult by the nation’s population and topography.

He, however, maintained that the Federal Government had put in place credible and effective measures to contain insurgency, adding that security agencies deserved some commendation for their efforts so far.

According to Okupe, the insecurity situation could have been worse than currently been experienced if not for the commitment, courage and professionalism of the military.

His words: “Nigeria is currently at war…In our case, we have been battling with it (terrorism) since 2009 and it has been a daily affair. We are in a war situation with Boko Haram. The government has established credible and effective security infrastructure that can fight terror. Twelve states were initially engaged in these attacks.

“This thing has been pushed from 12 states to now a very tiny area of the country…You must give the government and security agencies some measure of commendation. Insurgency is a serious matter, and if the military had not been working assiduously to save all of us, Nigeria would have been in a more serious situation all together”.

Tiwa Savage, Tee Billz Are Back Together