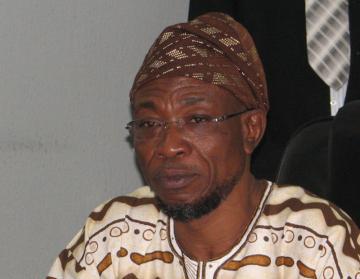 Osun State Governor, Ogbeni Rauf Aregbesola has described as unjustifiable a 40 per cent reduction in the federal allocation being received by the state since July 2013.

Aregbesola made this position known in Lagos on Thursday at the launching of a book, ‘Yoruba Elites and Ethnic Politics in Nigeria: Obafemi Awolowo and Corporate Agency’, authored by an associate professor at the University of California-Davies, Wale Adebanwi.

The governor, who is a member of the opposition, All Progressives Party, APC, said the reduction could not be justified as there was no shortfall in the nation’s crude oil receipts.

“It is important for us to know that there is no justification for that 40 per cent reduction in our allocation. The price of crude oil has remained almost the same at $108 per barrel, and the benchmark, according to them, is $75 per barrel”.