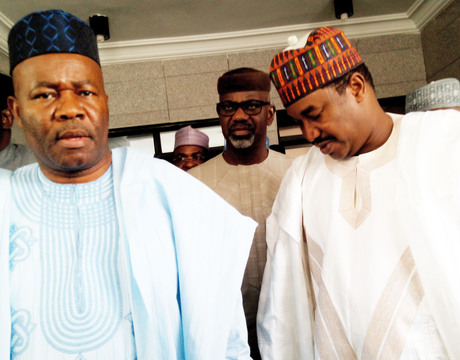 President Goodluck Jonathan has again summoned all the 36 state governors for an emergency security meeting scheduled for next Wednesday at the Presidential Villa, Abuja.

This is sequel to the “expanded” security meeting held Thursday with governors elected on the platforms of the Peoples Democratic Party (PDP), All Progressive Grand Alliance, APGA and Labour Party as well as members of the National Security Council.

None of the All Progressives Congress (APC) governors was in attendance.

Speaking with State House correspondents after the meeting that lasted for two hours, Akwa Ibom State Governor and Chairman of PDP Governors Forum, Godswill Akpabio, said only governors of the ruling party were invited for yesterday’s meeting.

When asked why Governors Olusegun Mimiko (Ondo) and Willie Obiano (Anambra), who belong to LP and APGA respectively were at the meeting, Akpabio said he had the right to invite anybody he wanted to the meeting.

According to the Akwa Ibom governor, the president informed them at the meeting that the current security challenge is a national issue and insisted on meeting with all the 36 state governors next Wednesday.

He said, “This is a fallout of our meeting which we held with the PDP governors and we felt that there was a need for us to also meet with security chiefs.

“Of course, you know we are very much concerned  first as  the PDP governors and the centre belongs to the PDP and so we felt that we should see our  President, and if need be, with some of the security chiefs.

“He has graciously listened to us and he said since it is a national issue, we must have all the 36 governors in attendance.

“So I believe strong notice will be going out and all governors will be at the meeting with Mr. President and service chiefs next week Wednesday so we can sit and discuss and proffer solutions to the current insecurity in the country. I believe it will come to an end”.

Akpabio added that president did not disclose his next line of action on the state of emergency declared in three states which runs its course on Saturday.

He said since the governors of the affected states were not invited to the meeting, having such discussions would amount to shaving their heads in their absence.

Akpabio’s position, however, contradicts the State House Press Release signed by presidential spokesperson, Reuben Abati, who said that Jonathan would have an enlarged meeting on security developments in the country, to which he had invited state governors.

The statement did not specify that only PDP governors were invited.

Abati, in the statement, added that members of the National Security Council and the state governors would review the security situation in the country as well as ongoing national security measures and operations with a view to determining the best way forward. 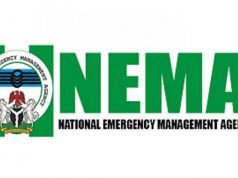 Most Of My Goals Come From KDB’s Assists – Aguero

#Bayelsa > I’m Not Worried By Jonathan’s Support For Governor Dickson...