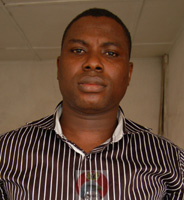 The Economic and Financial Crimes Commission, EFCC has concluded arrangement to arraign the Finance Manager of Cetco Oilfield Services Limited, Akintunde Ajao alongside his company, YPSL Limited for offences bordering on forgery, conspiracy and obtaining money under false pretences.

The Commission on May 21, 2014, filed four-count information at the Federal High Court, Port Harcourt, River State against the suspect.

The suspect allegedly  acting on a directive purportedly  from the River State Board of Internal Revenue (RSBIR) diverted the sum of fifty-two million, two hundred and eighty two thousand (52, 282, 000:00)  to YPSL Limited, a company allegedly promoted by him, to defrauded Cetco Oilfields Services Nigeria Limited.

Investigations by the Commission revealed that Ajao used his office as Finance Manager to prepare a letter purportedly signed by the Chairman of the Board showing a false tax liability of Cetco Oilfield Services Limited to the tune of seventy four million, nine hundred and sixty three thousand, seven hundred and twelve naira , eighty kobo  (74,963,712,80) out of which he, on behalf of  Cetco, remitted the sum of Twenty-six million, eighteen thousand naira to the RSBIR as the actual tax liability of the company and converted the balance of forty eight million nine hundred and forty five thousand,  seven hundred and twelve naira,  eighty kobo (48,945,712:80) to his personal use.

I Am Happy With Mahrez – Claude Puel

I Came To Finish What I Started – Pogba

Napoli Can Knock Barcelona Out Of The UCL – Gattuso