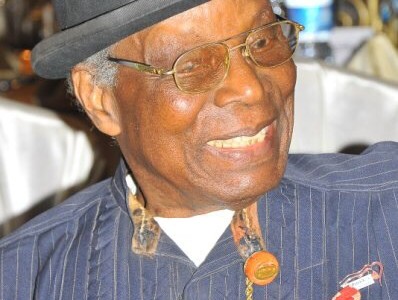 Abia State Governor, Chief Theodore Orji, has condoled with the Oputa family on the sudden demise of legal icon and retired Supreme Court Justice, Justice Chukwudifu Oputa at the age of 96.

In a statement by his Chief Press Secretary, Mr. Charles Ajunwa, the Governor described the late sage as a man of peace who preached peace, justice and fairplay during his lifetime.
Governor Orji said the death of the former legal luminary is painful and a great loss to the nation, saying that his wealth of experience is needed at this time of the nation’s history.
‘’I am grieved by the news of Justice Oputa’s death. It came to me as a rude shock.I am short of words over the death of this erudite Nigerian.We will indeed miss him,” he said.
The Governor implored the deceased family especially the widow of the late eminent jurist, Margret and children to bear the irreparable loss with fortitude and to be consoled that their late father lived a fulfilled life and left legacies on the sands of time.
He prayed God to grant the late Justice Oputa eternal rest in his bosom