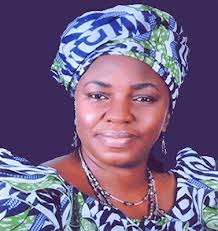 Jos (Ministry of Water Resources Report) – The Minister of Water Resources, Sarah Reng Ochekpe, accompanied by the Minister of Women Affairs and Social Development Zainab Maina has recently visited the Deputy Governor of Plateau State, Ignatius Datong Longjan and the victims of the blast in the Specialist Hospital as well as the Jos University Teaching Hospital (JUTH).

While speaking with journalists shortly after visiting the victims, the Minister described the Jos bomb blast as barbaric and unfortunate, saying the perpetrators of such evil acts have no value for human lives.

Ochekpe continued that the act is inhuman and sad and unfortunately is being perpetrated by humans. “It would have not happened, if they had value for human life. We have seen men, women and babies that have been affected. Whatever the grievances of those who are responsible for these inhumanly act has no justification for the kind of destruction they are bringing upon Nigerians. The trauma to the people, the distraction from purposeful leadership and development, the confusion created in the country are uncalled for. So, we condemn this act and we call on Nigerians to be more alert,” she iterated.

The Minister further said that reports indicate that if people were a little more conscious the casualty would not have been so high. She appealed to Nigerians that whenever incidents like this happen, they should not rush to go and observe, but allow the security agencies who are trained to handle the situation.

She commended the security agencies and the Government of Plateau State for their quick response in getting the injured to the hospital and also evacuating dead bodies. While praying for the quick recovery of the injured victims, the Minister commiserated with the families of those who lost their lives during the incidence, adding that “it is our prayer that this will not happen again.”

The Minister of Women Affairs and Social Development,  Zainab Maina in her  response to journalists at the event said that even in the history of war,  women were not usually hunted, but in the recent time, women have become victims of so many violence.

Zainab Maina added that that most of the victims of the Plateau bomb blast are women and children. She expressed regret that the children who would have grown up to become leaders of the nation had their lives rather cut off and many women too had lost their lives. She was assurance that whoever was committing the heinous crime would surely get exposed and made to face the wrath of God.

The Deputy Governor of Plateau State, Ignatius Datong Longjan in his speech described the incidence as a very painful situation where many lives were lost. She averred that what really caused the high causality was the second explosion, indicating that after the first one occurred, people moved to the scene to see what had happened. She revealed that it was in the process which came about 20 – 25 minutes later that the second explosion occurred, wiping out a lot of people.

The Deputy Governor thanked the delegation for coming to share with the Plateau State Government and the families of the victims in the sorrow.

Anthony Joshua Lands In Saudi Arabia Ahead Of Rematch With Andy...

Some Celebs Did Not Attend Paul Okoye’s Wedding?

My Marriage Is Not Your Business – Emeka Ike

Conference: “DRC two years after the elections: state of play and...