Transparency is the crucial first step toward meaningful network neutrality. Without a detailed and substantive window into how providers are managing their networks, users will be unable to determine the reason why some webpages are slow to load. New services that hope to reach those users will have a harder time figuring out if there is some artificial barrier in place, and competitors won’t know whether and how they can offer better options (assuming some kind of competitive environment exists).

Fortunately, the FCC realizes how important transparency will be in ensuring a neutral Net. A key section of the network neutrality proposal released by the FCC last month asks for comments on how the agency should require Internet providers to disclose how they manage traffic over their networks. Here are some initial thoughts.

Today, we’re in the dark 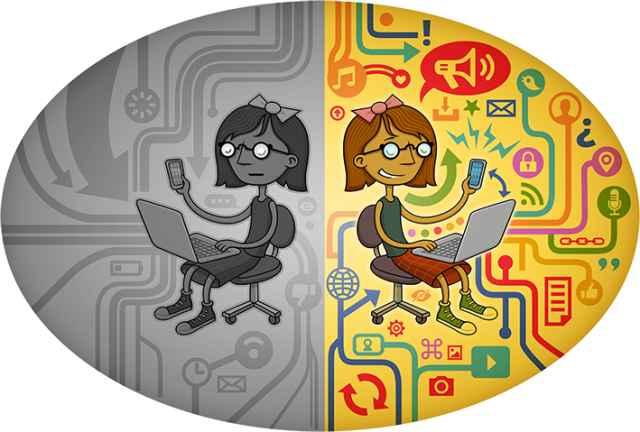 The FCC’s current transparency requirements are too vague to catch most of the harms of non-neutral behavior. At the moment the only thing an ISP has to do to be “transparent” by FCC standards is “publicly disclose accurate information regarding the network management practices, performance, and commercial terms of its broadband Internet access services.”

For most Internet providers this means a quick paragraph or two on their website describing at a very high level how they deal with congestion, and perhaps some statistics about how close their advertised speeds are to the true speeds users experience.

In order to generate these statistics, many of the largest ISPs take part in an FCC study called Measuring Broadband America. This ongoing study uses third-party white boxes (router-like devices that users plug into their home Internet connections) distributed to volunteers across the country to measure broadband speeds. The study averages data about download and upload speed and latency over the period of a month. (Latency is the time it takes for a packet of data to travel from one point on the network to another.)

Unfortunately, Measuring Broadband America, in its current form, can’t detect most of the harms of non-neutral network practices. That’s because most of its tests only measure the speed of a connection to artificial testing servers, not connections to popular websites that people normally access in the course of their browsing. Current testing would never capture, for example, the recent problems with slow Netflix download speeds for Comcast and Verizon subscribers.

The only current test that does measure how long it takes to access popular websites isn’t very rigorous and is limited to webpage loading time, not capturing other essential factors that indicate forms of ISP misbehavior, like application-specific traffic discrimination or content modification.

If the FCC plans to issue net neutrality rules that actually make a difference, the agency needs to expand on its transparency requirements and demand that ISPs disclose more details about the management of their networks.

More specifically, in addition to measuring download and upload speed and latency, ISPs should also disclose statistics on jitter, uptime, packet loss, and packet corruption, among other details. Here’s what those terms mean:

This data also needs to be reported in a more granular form than it is currently. Right now ISPs only report one-month averages, released every six months. We need data on an ongoing basis so that users and the FCC can catch harmful changes to ISP network management procedures more quickly.

Transparency will also require ISPs to do more than just test against their own servers. We know all too well that ISPs can offer wildly different qualities of service depending on their peering arrangements. And in a growing number of cases, websites are paying ISPs directly, instead of a web backbone company for interconnection, like the deal struck between Comcast and Netflix, for example.

Reports of network quality need to capture the experience the customer will get when talking to a large set of end points that are (1) well-connected to the Internet backbone and (2) unwilling or unable to pay ISPs for special peering arrangements. In other words, we need to know the kinds of service received by companies that have special peering or interconnection deals, as well as what type of service ISPs give to that startups that cannot afford special deals.

For instance, if an ISP hosts its own material or its own services, performance metrics for those services should be tabulated separately from those for servers hosted in unaffiliated data centers. Expanding testing this way will capture any discriminatory tiers that ISPs are implementing in their peering, hosting and content delivery network arrangements. The FCC should require the disclosure of a range of statistics about these metrics, as well as their average values.

Ideally all of this reporting would take the form of a cumulative distribution function, a graph which would allow endpoint service providers and consumer watchdogs to estimate the worst network problems consumers would experience 1% of the time, 5% of the time, etc., so that the public can get a sense of how variable they should expect their service to be.

In addition to reporting how often various levels of service are achieved, these statistics should also be reported as a function of what percentage of subscribers achieved those statistics on average (i.e. what percentage of individual customers had average speeds, latencies, uptimes, etc. at a given value) so that regulators can verify that ISPs are providing the same level of service to all of their customers.

Finally, although not strictly a transparency requirement, we believe that consumer watchdogs should begin testing ISPs for other forms of non-neutral behavior, specifically application blocking, throttling, and content modification. This sort of discrimination can be just as damaging as unfair peering or interconnection agreements, and we will need to be on guard that ISPs do not attempt to skirt any net neutrality rules this way.

Transparency must be part of the rules

Of course, disclosure alone is not enough to protect the promise of an open Internet. But transparency—when properly implemented—can be a powerful tool.

To make the tool effective, transparency rules must result in information that can be used by both experts and everyday users. And user-facing transparency shouldn’t be shallow, even if in layman’s terms.

You can help make that a reality. It’s time to contact the FCC and send a clear message: It’s our Internet, and one important way to protect it is real, current, and meaningful information about the practices that are shaping our user experience. Visit DearFCC.org and take action now.

Photos: Female Artistes Who Love To Wine And Grind On Patoranking