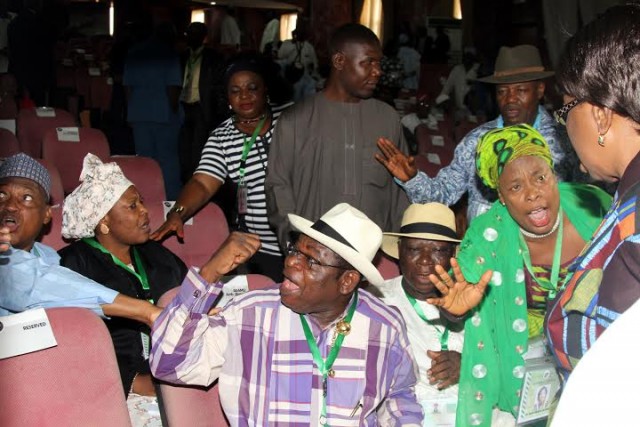 An Igbo group, Ndigbo Unity Forum, NUF, has thrown its weight behind the agitation for the adoption of 50 percent derivation for revenue coming from oil.

The President of the forum, Mr. Augustine Chukwudum, who spoke on Saturday, said anything short of 50 per cent would be acceptable.

He was reacting to the deadlock in deliberations on the contentious issue of derivation at the ongoing National Conference.

Chukwudum berated the North for trying to stall deliberations on derivation and warned them against thinking that Nigeria was their personal estate.

Urging those opposed to derivation to take a trip to the Niger Delta to appreciate the level of destruction and degradation oil exploration has caused, Chukwudum warned the North to stop taking the South for granted.

“Let the North explore resources available to them like zinc, diamond, iron ore and many others and claim their derivation”, he added.

I Was Robbed In Ibadan – Kemi Olunloyo

Europe And The West Are Not Greener – Nasiru El-Rufa’i

I Am Solidly Behind Buhari If He Wants 4 More Years...