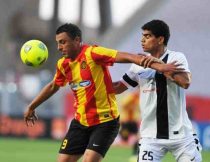 At least one of the semi-finalists will be known after the Day Five matches of the group phase of the 2014 Orange CAF Champions League this weekend.

With clubs such as ES Setif and CS Sfaxien looking forward seeking to confirmation their places at the last four, the penultimate matches provides probably the last option for former winners’ Esperance and Zamalek to bounce back into contention.

The biggest game of the weekend is arguably the Group B clash between Algerian side, ES Setif and Esperance billed for Saturday, 9 August 2014 at the 8 May 1945 Stadium in the northeastern Algerian city of Setif.

ES Setif, leaders of the group with eight points, five more than their guests, Esperance, remain unbeaten and can wrap up their place at the last four with the maximum points, a result that still certainly end the continental ambitions of the Tunisians.

With a 2-1 win in the reverse fixture in Rades last May, one of three defeats tasted by Esperance at this stage, ES Setif have the upperhand with their chances further boosted by the 2-0 win over Ahly Benghazi away from home two weeks ago.

However, the Algerians nicknamed ‘Black Eagles’ have yet to win at their favourite 25,000-capacity home grounds at this stage, a scenario that the new-look Esperance team will be hoping to capitalize to their advantage.

Credited with the recent form of the six-time Algerian champions, the 37-year old relatively unknown coach of ES Setif, Kheireddine Madoui, rates the encounter decisive and has tasked his charges to keep up their guard.

“The win in our last game (against Ahly Benghazi) opened our perspectives for the last four, but we are not there yet. We need to confirm our place against Esperance in a match that will be decisive,” said the former midfielder who had two stints with his hometown club between 1997 and 2005.

Esperance, who need nothing but victory to revivify their chances are buoyed up after a 1-1 draw against Algerian giants, JS Kabylie last Saturday as part of the build-up to the game.

Despite the absence of veteran midfielder Houcine Ragued, Frenchman Sebastien Desabre is convinced the output of his charges in the preparatory game will make an impact in the decisive fixture.

In the other Group B match, Ahly Benghazi will host CS Sfaxien at the Chedli Zouiten Stadium in Tunis.

In Group A, new Zamalek coach Hossam Hossan takes charge of his first game on his second spell against visiting AS Vita Club of DR Congo on Sunday, 10 August 2014 in Alexandria.

With three points separating Zamalek and AS Vita, Hassan has yet to give up saying “we will fight until the last minute to reach the semi-finals” counting on the new signings to aid that course.

Elsewhere in Lubumbashi, Sudanese giants, Al Hilal will be expecting to return from their trip to DR Congo with something to cheer about against TP Mazembe in the other Group A match also on Sunday.

Hilal lost 2-1 to AS Vita a fortnight ago but opted to stay behind in the Congolese capital, Kinshasa to prepare for the tie with Mazembe. Stop-gap coach of the Omdurman-based club, Al-Tag Mahgoub, who took over Brazilian Paulo Campos, fired after the defeat to the Congolese was in charge during a 1-1 draw against a lower side, Renaissance, earlier in the week and will be hoping for a good outing against ‘Les Corbeaux’.

Mazembe on the otherhand fine-tuned for the encounter with a 2-0 loss to Zambian side, Nkana  on Tuesday in Kamalondo, but head coach Patrice Carteron is upbeat the result will count little as far as the Hilal game is concerned.

“The result is irrelevant. We will play a great game on Sunday to achieve our place at the semi-finals,” Carteron said.

The winner and runner-up of each group will progress to the last four, in the race for the $1.5 Million US Dollars prize-money, and a ticket to represent the continent at the FIFA Club World Cup in Morocco in December.

The Secretary-General remarks at high-level meeting on Somalia

Maheeda Pray For Her Daughter