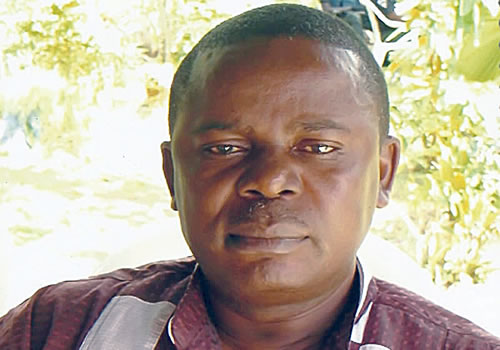 Apparently disturbed by the worsening security situation occasioned by the reported take-over of towns in Borno State by members of the Boko Haram sect, the Ijaw National Congress has urged the Federal Government to do everything possible to repel the insurgents from Bama, the second largest town in Borno, which has witnessed intense fighting between the Nigerian military and terrorists.

INC said it was disturbing to note that in spite of several peace moves initiated by the Federal Government, the sect had continued to kill and maim innocent Nigerians.

The spokesman of INC, Mr. Victor Borubo, who made this position known, also urged the Federal Government to flush out Boko Haram from Bama and regain the area as part of Nigeria.

Borubo stressed that since Boko Haram did not appreciate the need for peace, the Nigerian military should intensify its efforts.

According to the INC spokesman: “Nigeria is currently at war as a result of Boko Haram and we said that two or three years ago. We have conflicting reports on whether Bama has been taken over by Boko Haram. But if it is true that they (Boko Haram members) have taken over Bama, the Federal Government should continue with what it’s doing by fighting back, repelling the insurgents and capturing the area from them.

“Boko Haram members are out to destroy Nigeria and the best thing we can do now is to exterminate them. We are aware that the Federal Government made several peace moves, but they (Boko Haram) are saying they will not accept peace”.

Borubo, however, dismissed claims in some quarters that the sect had superior weapons compared to the Nigerian military, adding that the insurgents’ performance at the warfront was largely based on efforts of fifth columnists in government.

“Everything is about style. Boko Haram does not have superior equipment or fire power over Nigerian soldiers. The insurgents are having their way because of sympathisers or fifth columnists.

“I don’t know if these sympathisers are in the Army or the government. This whole thing is all about religion and tribe. It is not about having superior fire power or superior war equipment”, Borubo stressed.

ECOWAS LAUDED FOR ITS IMMENSE SUPPORT, SOLIDARITY WITH MALI