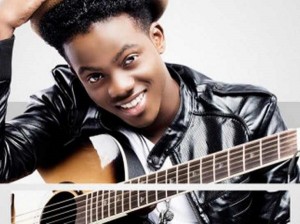 Korede Bello is one of the hottest stars in the music industry at the moment. Don Jazzy has definitely hit a jackpot on this one.

The young, talented and handsome singer has opened up that he started out by forming a music group back when he was just in Primary 5.

He shared this secret tit-bit in a recent interview with Toke Makinwa, on her show ‘Trending’ which airs on HipTV.

When Korede was asked what music was like for him while growing up,Bello said: ‘I never knew I wanted to do music but it has always been a part of me. I love the sound of the guitar and I formed my first group in primary 5 called the Jazzkids that was when I wrote my 1st official song. But I never really thought I’ll do it professionally.’

Myself And Aki Are Cool – Osita Iheme

Kate Henshaw Calls Out Liqueur Company For Using Her Image