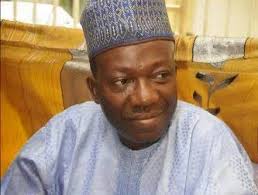 The Minister/Deputy Chairman of National Planning Commission, Dr. Abubakar Sulaiman has tasked the European Union (EU) to ensure  its envoys join in the fight against terrorism in Nigeria, which he described as a global problem requiring a global action.

The Minister gave the charge in Abuja during a courtesy visit by the EU led by the Head of Delegation,  Micheal Arrion.

“Terrorism is a global problem that requires global action. The one in Nigeria is not an exception. I urge you to en join your envoys to join in the fight against terrorism in Nigeria”, he added.

He called for capacity building for the Nigerian military from the EU and also technology transfer  to assist  the nation’s military  in the fight against terrorism in the country.

He disclosed that the country will soon come out with an aid policy that will guide development partners and also ensure better coordination of their activities in Nigeria.

He appealed to EU to support the Nigerian Integrated Infrastructure Master Plan (NIIMP), a 30 year development infrastructure road map, which he assured, would enable to fix its infrastructure  gap; it will help the country in its aspirations of becoming one of the top leading economies come year 2020.

Responding to the remarks of the Minister, Micheal Arrion said that the EU is giving support to the office of the National Security Adviser (NSA) in the area of security, and also had held meeting on terrorism in the sub – region.

On the issue of infrastructure, he stated that European Investment Banks are offering long term loans which according to him will leverage on the grants they are providing in that regard also.

I Am Proud Of Toyin Aimakhu – Juliet Ibrahim

12 Colleges Win First Round of $1M Challenge to Hack Journalism...