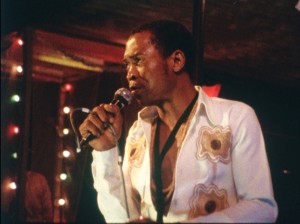 2014 edition of Felabration, the second theatrical experience of the life and times of Afrobeat legend, Fela Anikulapo Kuti, has been scheduled to kick off. The annual celebration of the life, career and ideals of the Afrobeat creator, which has become a kind of festival every year will hold‎ later in the month.

Tagged Finding Fela, the movie, which is billed for cinema release across Nigeria on Friday, October 17, 2014, will make its debut premiere at the New Afrika Shrine on Sunday, October 12, 2014.

Delivered by Academy Award winner, Alex Gibney, who is known for his gripping, deeply insightful documentaries, the movie tells a straightforward and engrossing biography of Nigerian musician and legendary activist, Fela Anikulapo-Kuti.

‘Finding Fela’ tells the story of Fela Anikulapo Kuti’s life, his music, his social and political importance. He created a new musical movement, Afrobeat, using that forum to express his revolutionary political opinions against the dictatorial Nigerian government of the 1970s and 1980s.

Fela’s influence helped bring a change towards democracy in Nigeria and promoted Pan Africanist politics to the world. The power and potency of Fela’s message is completely current today and is expressed in the political movements of oppressed people, embracing Fela’s music and message in their struggle for freedom,’ the producers expressed in a statement.

I Gave English Fans A Gift For Life – Zlatan Ibrahimovic

Agree To Our Divorce Before She Kills Me, Man Tells Court