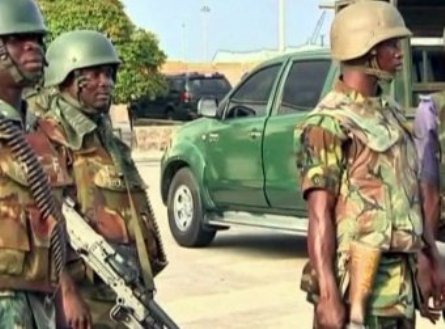 Leaders of Riyom Local Government Area and Barkin-Ladi of Plateau State have advised the Special Task Force not to be quick in dismissing the report of a planned attack on the state.

On Monday, the state broadcast station had reported that a helicopter and 13 Toyota Hilux vans carrying arms and ammunition arrived Mahanga, a predominant Fulani community in Riyom Local Government Area, in readiness for an attack on some Plateau communities.

A day after the report, the STF Commander in the state, Major General David Eniete and chairman of Riyom chapter of Miyetti Allah Cattle Breeders Association (MACBAN), Isa Abdullahi, took journalists on a fact-finding mission to show that there was no truth behind the report.

But yesterday, leaders of Riyom and Barkin Ladi, urged the STF to investigate the matter properly to forestall possible attacks.

Chairman of Riyom Local Government Area, Mrs Josephine Piyo, said: “If STF said they didn’t see anything when they went to Mahanga, it is not surprising. Nobody said the vehicles stayed back in Mahanga and nobody expects whatever the vehicles took there to be kept in places where they can be easily seen”.

Also speaking, Majority Leader of Plateau State House of Assembly, Daniel Dem, who represents Riyom Constituency in the House said: “Reliable residents of the village saw the vehicles and a helicopter get into and out of Mahanga. This is something STF should investigate thoroughly instead of dismissing it because reports like this has in the past been followed by deadly attacks on communities in Riyom”.

Chairman of Barkin Ladi Local Government Area, Dr Emmanuel Loman, on his part, said the pointed out that the population of Mahanga has grown rapidly in recent times as people have been trooping into the village and launching attacks on settlements in Barkin-Ladi and Riyom.

“If the STF doesn’t do something about it, we could have massive attacks in our hands soon”, he said.

I Have A Good Natural Tone – Big Sean

‘No Removal Of Kerosene Subsidy’