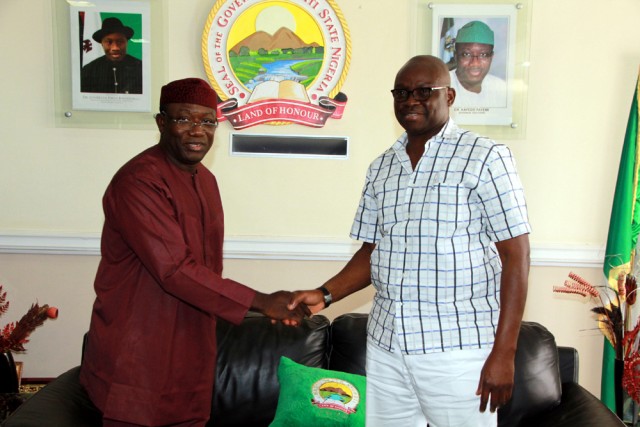 The immediate past Governor of Ekiti State, Dr. Kayode Fayemi, has expressed readiness to appear within ‘24 hours of notice’ before a probe panel to defend the actions and policies of his administration in the last four years.

Fayemi was reacting to a threat by his successor, Governor Ayodele Fayose, to probe his administration over some financial dealings that appeared to be allegedly fraudulent.

The ex-governor, in a statement by his Chief Press Secretary, Olayinka Oyebode, encouraged Fayose to “institute a probe of government transactions between October 2010 and October 2014 and stop its cheap blackmail and comical acts”.

In the statement titled, “Stop cheap blackmail… institute a probe”, Oyebode stated that “it was high time the new government got its acts together, have a clear understanding of the state’s finances as well as financial regulatory matters and stop juggling figures in a clear exhibition of unpardonable ignorance.

“Ekiti citizens deserve to know what the administration did with state fund during the tenure of the immediate-past administration and we are prepared to appear at a probe panel (if and when it is set up) within 24 hours of notice.

“Instituting a probe into the financial transactions of the administration, we believe, is a better option for the current administration of Mr. Fayose, instead of its recourse to falsehood, cheap blackmail and propaganda as an excuse for its ineptitude and lack of direction.

“We make bold to say that the administration of Dr. Fayemi took all its decisions in the best interest of the people of the state and followed the due process of law as well as financial regulations in all its dealings”.

Fayemi said it was sad to note that three weeks after he was sworn-in, the Fayose-led administration had yet to chart a direction for the state or come up with a blueprint for its programmes.

“All that the administration does daily is to invent fresh excuses for its ineptitude. Governor Fayose had in the last three weeks put the state’s debt profile at six different figures. From N89bn to N57bn, to N91bn, to N69bn, to N82bn and lately N86bn.

“More pathetic is that even mundane issues such as the treasury activities of the office of the Accountant General are now being arrogated by an idle government as a main focus of a probe.

“Our advice: Stop chasing shadows, be matured and concentrate on the onerous task of governance. Institute the probe…. NOW!” Oyebode added.