Delta State Governor, Dr Emmanuel Uduaghan has challenged Gynecologists and Obstetricians to strive towards improving the health conditions of pregnant women and their new born babies in the country.

Dr Uduaghan gave the charge while declaring open the 48th Annual General Meeting (AGM) and scientific conference of the Society of Gynecology and Obstetrics of Nigeria (SOGON) in Asaba. 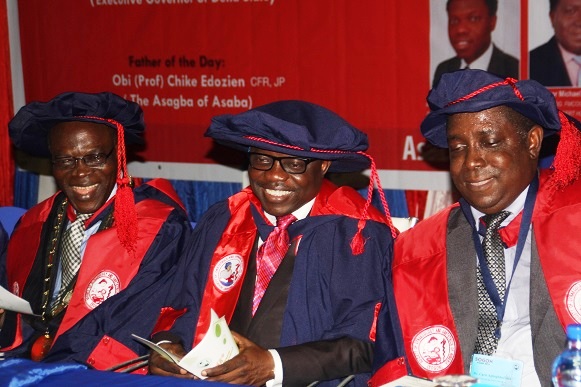 The conference which was well attended had as its theme, Human Resources Development in Improving Maternal and Child Health in Nigeria: Looking beyond MDGs.

Governor Uduaghan charged the medical experts to assist in the national efforts to improve maternal and child healthcare across the country and encouraged them not to relent in delivering great ideals in the healthcare of women and new-born.

A feat which was made possible through community education and mobilization, rural healthcare programme, capacity building for health workers, activation of the referral system, institution of screening exercises and sustained advocacy to our people at all levels.

Dr Uduaghan stated that from the inception of his administration, it embarked on critical programmes in the health sector, implementing the free maternal and under five healthcare programme with the aim of effecting a sustainable reduction in maternal and newborn deaths in the State, the horizon of this extends to tackling gynecological malignancies in rural communities.

According to him, the State Government has also introduced the Maternal Death Review State Steering Committee (MDRSSC) for the sixty two hospitals in the State including the Delta State Teaching Hospital (DELSUTH), Oghara, describing the measure as a further testimony of government commitment to safe motherhood.

While commending SOGON for choosing Asaba to host the meeting, Governor Uduaghan observed that the choice of Delta State for conferences and conventions by organizations and international agencies was a great encouragement to his administration as it shows that the peace and security, infrastructure development and human capital development programmes of his administration were yielding positive results.

Governor Uduaghan had during a cocktail party for members of the society commended members for having a smooth succession plan which ensured that there was no bickering as a result of electoral issues among members.

The President of SOGON, Dr. Fred Achem in a welcome address, appealed to President Goodluck Jonathan to sign the National Healthcare Bill into law and also urged State Governments to adopt the maternal death review programme as provided by the United Nations.

Messi Is The Best In The World – Ronald Koeman