I don’t know how i will feel if i walk around without underwear but this actress here says she doesn’t wear panties. I will understand why she doesn’t wear those underwears but its kind of weird. Why would a woman not wear pant all because the edges will draw for people to know the size of it..lol. 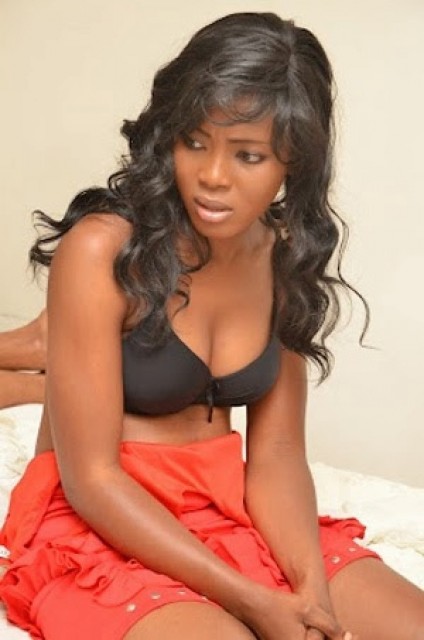 Female celebrities all over the world, because of the nature of their jobs and their status in society have an exotic and often highly developed sense of fashion and s exy actress Baby Blanche is no different.

Due to the kind of clothes she likes to wear and is comfortable in, Baby Blanche has revealed in an interview with Showbiz that she hardly wears p anties when she’s going out.

“I love all kinds of lingerie that make a woman feminine because I’m a woman, but I hardly wear p anties. This is not because I don’t want to wear them but because the clothes I love to wear wouldn’t permit me to,” she told Showbiz.

“I try as much as possible to act as a lady and not to let my p anty lines show just because I like to wear dresses that hug my figure. So if I wear clothes and the outline of my p anty is glaring like that I don’t like it,” she explained. “Being a lady is not only about wearing make-up and Brazilian hair but also comprises the propriety of whatever you’re wearing,” says Baby Blanche. 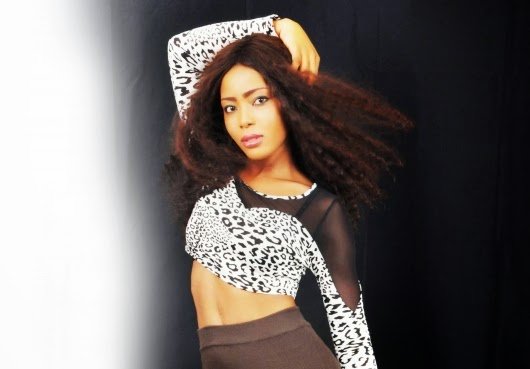 Baby Blanche says she does not worry much about thoughts that she may be $exually attacked by unscrupulous men because she makes sure she doesn’t go to awkward places at awkward times.

READ  Making Out With Kiddwaya Was Not Planned – BBNaija’s Erica

“ I wouldn’t ever put myself at risk by finding myself at an awkward place at an awkward time.” Talking about her the progress of movie career, the actress says she refuses to be type-cast any longer in so-called ‘$exy’ roles as had happened in the past, she now chooses roles that are challenging because as an actress she believes she should be able to play different roles.

“When I first get a script, I read it and think about it. Do I really want to do this job? Is the story catchy enough? I just don’t say because I’m an actress I accept just any script. I read a script and if I’m interested, I give it a shot.

I want to be challenged this time around so I want daring scripts that would have more challenging roles,” she explained. Having been out of the limelight for some time now she says she is back with a vengeance. “I’ve been away from movie sets for a while due to personal reasons.

But I’ve sat down and decided that this is where I belong and this is my passion. My family and my fans let me know that this is my talent and since then, I’ve done three movies so they should watch out. I’m coming back soon, better and rebranded.” Baby Blanche was discovered by Socrates Safo of Movie Africa Productions and started acting about four years ago.

She has appeared in several movies helmed by the famed producer/director, including Hot F*rk, Adults Only, What s ex Can Do, among others.

She assures her fans of nothing but the best from her in subsequent movies. “I can assure my fans that anytime they see me in a movie it will be something they will really want to sit back and watch. I’m going to surprise a lot of people who do not know the depth of my talent,” Baby Blanche says.

“I thank my fans for the support and the encouragement I’ve been getting on social media, like Facebook and Instagram. Had it not been them, there would be no point in me being out there. I thank them and everybody who wants me to come back. And I thank my enemies because they give me the urge to strive and give off my best,” she added.

The s exy actress says the parts of her body she feels most comfortable flaunting on any day are her flat tummy and her legs. She says she does it only to ‘tease a little’.