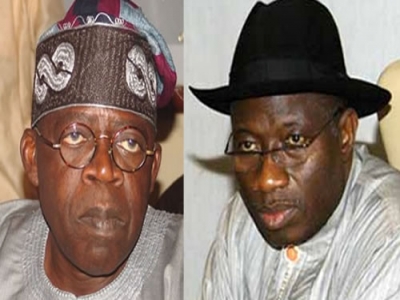 National Leader of the All Progressives Congress, Asiwaju Bola Tinubu, on Wednesday said President Goodluck Jonathan has destroyed the integrity of the Nigerian Army.

The former Lagos State governor, who addressed supporters of the All Progressives Congress in Katsina State during the party’s presidential campaign, was reacting to the claim of the Nigerian Army that neither the original certificates, photocopies nor certified true copy of statement of result of the APC presidential candidate Maj.-Gen. Muhammadu Buhari (retd.) were in his file.

According to Tinubu, the controversy suggesting that Buhari might not have sat for the West African School Certificate Examination as he claimed, having failed to tender the results, was an unnecessary distraction and a proof that the ruling Peoples Democratic Party, PDP, had no good record to woo voters.

The APC chieftain described the President Jonathan administration as a failure, adding that the certificate controversy would not stop Nigerians from voting him out at the polls.

He said, “We are confronted with terrorist challenges of the violent Boko Haram sect. Instead of Jonathan to stop Boko Haram, he is busy dancing around and the Peoples Democratic Party are busy talking about qualification of Buhari. They have destroyed the Army. They are destroying the integrity of the Army.

Tinubu, whose speech was interjected by the crowd with chants of “Sai Buhari”, urged the Northern youths to vote out Jonathan in the February elections.

He said the president does not deserve a second term because he was incompetent to tackle the nation’s woes.

“May God keep Nigeria from the level of destruction that the Jonathan administration has plunged the nation into. The PDP has worsened poverty in the country and they don’t remember any good thing to tell Nigerians. They are liars. This is why we are asking you to vote Buhari, qualification or no qualification, certificate or no certificate, married or single, young or old”.

When you can’t afford buying a new car

President Buhari Was Never Sympathetic To The Abiola’s Family – Kola...