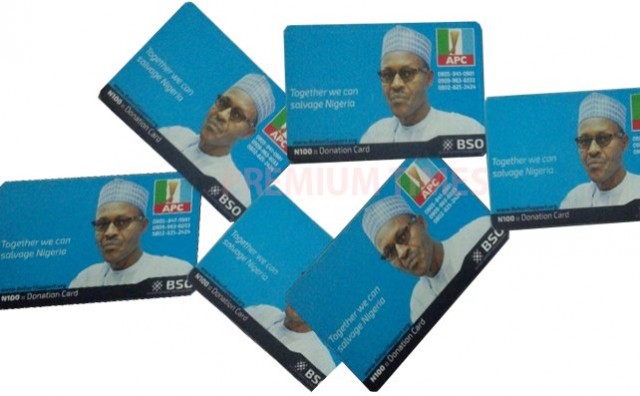 The All Progressives Congress, APC, on Wednesday secured an interim injunction overruling the ban on its fund-raising scheme via telecommunication networks pending the determination of a substantive suit.

An ex-parte application brought by APC counsel, Muiz Banire, on the issue was granted by Justice Ibrahim Buba of a Federal High Court in Lagos.

The National Communication Commission, NCC, had stopped the telecommunications service providers from allowing APC to use the 35350 SMS code to raise funds for its presidential campaign.

The judge also granted the applicant the leave to serve the respondents the originating summons and other processes outside the court’s jurisdiction.

Mr. Buba adjourned till February 4, to hear the substantive suit.

The APC in the substantive suit had urged the court to award N25 billion damages against the Nigerian Communications Commission, NCC, for allegedly prohibiting its presidential campaign fund-raising scheme.

In a 16-paragragh affidavit deposed to by one Ademola Sodiq, the APC accused the NCC of instructing the 2nd to 6th respondents to discontinue an SMS platform it created for donations for its presidential campaign.

According to Mr. Sodiq, the participatory fund-raising strategy was for members of the public to contribute N100 to the APC’s presidential campaign fund each time they send APC as an SMS to 35350.

Mr. Sodiq explained that the party’s strategy was borne out of its commitment to raise fund for its presidential campaign in a “transparent and accountable manner”.

The deponent said that within few hours of launching the strategy on January 20, the party received a total of 5,400 SMS before the NCC directed the telecommunications service providers to discontinue the scheme.

Mr. Sodiq said that shortly after the APC announced its participatory fund-raising strategy on January 20, the first respondent immediately wrote a letter to the second respondent to stop it.

He said that the NCC warned the networks to avoid running political advertisement/promotions that would portray them as being partisan.

According to Mr. Sodiq, since the purported directive, members, supporters and other Nigerians, who intend to donate to the presidential campaign of the applicant, had been incapacitated.

He said that the action of the 1st respondent had consequently adversely affected the plaintiff’s financial capacity to effectively prosecute its presidential campaign.

Mr. Sodiq said that by banning the APC presidential campaign fund-raising scheme, the NCC contravened Section 39 of the 1999 Constitution.

He also said that the action was a violation of Articles 9 (1) (2) and 19 of the African Charter on Human and People’s Rights (Ratification and Enforcement) Act, Cap. A9, Laws of the Federation of Nigeria, 2004.

The APC counsel, Mr. Kola Awodein (SAN), urged the court to declare the NCC’s directive as “unconstitutional, illegal, null, void and of no effect”.

He argued that the NCC acted beyond its powers when it gave such directive against the provisions of Sections 39 and 42 of the Nigerian 1999 Constitution. (NAN)

Ty Bello And Her Twins In Adorable Photo