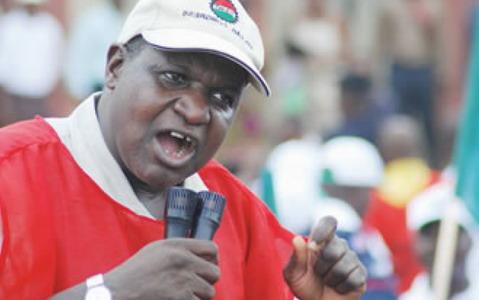 Some leaders of the private sectors unions in the Nigeria Labour Congress (NLC) are accusing the public sector union of betrayal and fielding candidate for NLC presidency instead of leaving it for the private sector unions to slug it out, since the outgoing President, Abdulwaheed Omar is from the public sector. This is brewing crisis in the congress ahead of its election.

Some members of the NLC, according to reports, have even accused President Goodluck Jonathan of working with some officials of the labour union to ensure that his preferred candidate wins. This they believe was because the president figures that an NLC president from the private sector will be difficult to control.

The General Secretary of the congress, Peter Ozo-Eson, however denied the allegations of external influence, stressing that the present leadership of NLC under outgoing President, Mr. Abdulwaheed Omar, was not aware of any government preference.

Explaining their grievances to Vanguard, some of the members of the NLC from the private sector said, “Even though it is not written, it is a general norm that once a private sector union president serves two terms of four years each, the public sector will be elected president for eight years.”

Vanguard learnt that the norm was in play when Omar, from the public sector succeeded Adams Oshiomhole from the private sector.

The unions therefore warned against handling over the presidency of the NLC to another member of the public sector union, warning that “such move would weaken NLC solidarity.”

Ozo-Eson however insisted that there was no division in the NLC. “We act as one unlike many other organizations,” he claimed, adding “We never considered whether one is from South, East, West or North. There is no cleavage, people indicate interest, our duty is to facilitate the process.”

A new president will be elected at the NLC Delegates Congress next month. Three of the candidates that have been cleared to contest the position of the president in the election are Joseph Ajaero of the National Union of Electricity Employees (NUEE), Igwe Achese of the Nigeria Union of Petroleum and Natural Gas Workers (NUPENG) and Waba Ayuba from Medical and Health Workers Union of Nigeria (MHWUN).

Brazil Was Not Better Than Argentina In The Copa Semi-Final –...