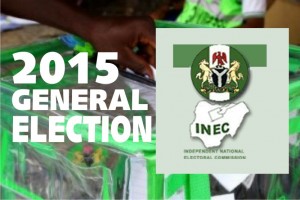 A coalition of human rights, non-governmental and civil society organizations, Transition Monitoring Group (TMG) has said it will provide independent verification of the official results as announced by the Independent National Electoral Commission (INEC).

“If official results fall within TMG’s estimated range, stakeholders should have confidence that the results announced are accurate,” the group said.

TMG has been monitoring Nigeria’s ongoing elections through 4,000 citizen observers deployed across the country.

The group says its observers witnessed the entire Election Day process on March 28, from setup of the polling unit through the announcement and posting of the official results. They were also present on Sunday as voting continued at some polling units. The observers sent reports in real time via coded text message using their mobile phones to a National Information Centre located in Abuja.

“TMG employed the Quick Count methodology to observe the Presidential and National Assembly Elections. The Quick Count methodology for election observation, as some of you may be aware, is an advanced observation methodology that employs well-established statistical principles and utilizes sophisticated information technology. TMG’s Quick Count provides the most timely and accurate information on the conduct of accreditation, voting, and counting and is the only observation methodology that can independently verify the official presidential results as announced by INEC,” a preliminary statement on the 2015 Presidential and National Assembly Elections by the group said.

INEC is expected to announce the results of the elections today.