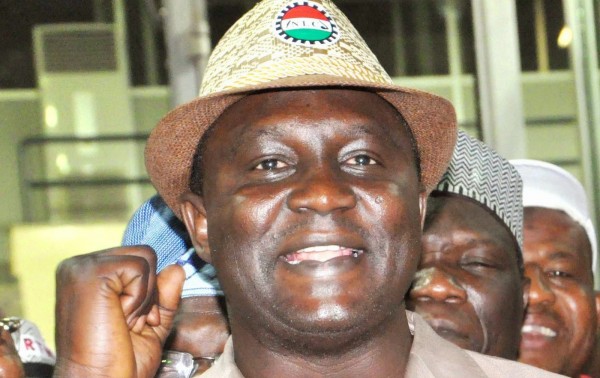 The Minister of Labour and Productivity, Sen. Joe Ikenya, has said that the ministry was not aware of the existence of a factional leadership of the Nigeria Labour Congress.

According to him, the ministry participated in the election that produced the current NLC leadership led by Dr. Ayuba Wabba in Abuja last Saturday.

The crisis rocking the NLC reached a crescendo on Thursday as the faction which disputed the election result, announced that it had elected the General Secretary of the National Union of Electricity Employees, Mr. Joseph Ajaero, as leader of the congress.

Mr. Ikenya, who said the labour ministry had not received any letter from the Ajaero-led faction, however, said the ministry would not want to be embroiled in an internal matter of the NLC and its affiliate unions.

The minister spoke while receiving the newly elected officers of the NLC led by the President, Ayuba Wabba, in Abuja on Friday.

He said, “For us in the ministry, we want to tell you that you did your election; actually our ministry also supervised it.

“We have not heard and we have not got any letter from anywhere in respect of any other NLC and it was in the knowledge of every Nigerian that there was an election here in Abuja and our ministry participated in it.

“Therefore we will not run into any controversy because that is internal; the ministry is not part of it and we know that you will sort yourselves out because there is a process and I know that all of you know that process”.

Speaking in the same when he hosted the NLC delegation led by Mr. Wabba in his office yesterday, the Director General of the State Security Services, Mr. Ekpeyonjg Ita, affirmed that the NLC election was transparently conducted and was indeed free and fair.

I Charge People That Want To Touch My Boobs – Cossy...

Stories About Me Cheating Was Sponsored – Oladunni Churchill