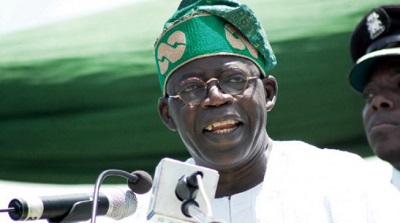 The claim by a former national vice-chairman of the Peoples Democratic Party, Chief Bode George, that the national leader of All Progressives Congress, APC, Asiwaju Bola Tinubu, apologized to him, has been described as the meditations of a man in search of political relevance.

This is according to Tinubu’s media aide, Mr. Sunday Dare.

Speaking with VANGUARD on Monday, Dare said “Bode George takes himself too seriously. He is in search of political relevance, which has since deserted him”.

George, had in an interview published by a national weekly yesterday, claimed that Tinubu had, last year at the burial of the Aare Musulumi of Yoruba land, Alao Ariseokola in Ibadan, Oyo State, apologized to him for purportedly conspiring with others to put him in jail on trumped up charges.

“They called Bola; he shook my hand and said he was sorry. It was in public. Since then, if we meet in public, we greet. But our concepts of politics are different”, the PDP chieftain was quoted as saying.

However, responding in a text message to the claim last night, Dare said George’s claim “to seek political rehabilitation through a bogus claim that Tinubu begged him for forgiveness is unexpected of a leader like him.

“The task of nation building, presently at hand, is more urgent than this distraction”.

Guus Hiddink Has To Bring Out The Best In Costa