The governorship candidate of the All Progressives Congress (APC) in Kaduna State, Malam Nasir El-Rufa’i, appeared to be leading by a landslide at the close of polls on Saturday.

Unofficial results received last night from the 23 local government areas of the state showed that the diminutive APC flag bearer had defeated his rival and incumbent Governor Mukhtar Ramalan Yero, by at least 500,000 votes after 85% of the votes had been collated.

Election results obtained by SaharaReporters shows that El-Rufai has obtained 725,293 as against Yero’s 242,392.

INEC is yet to officially announce the results but it is unlikely for Yero to close the gap at the polls. 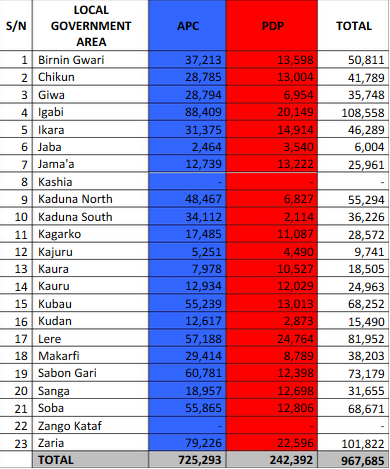 Daddy Freeze Is A Poor Guy With A Fake WristWatch –...