Dubai, United Arab Emirates – April 21, 2015 – (ME NewsWire ) Regulatory regimes are becoming tougher around the world, raising the question: who is responsible for the trend and how long is it likely to continue? Promontory Founder and CEO Eugene Ludwig, addressed this question during a talk at Capital Club, Dubai’s premier private City Club and member of the ENSHAA group of companies. Members and their guests learnt about the intricacies of the financial services industry and the challenges it faces both regionally and globally.

Ludwig explained that the public and private sectors need to work in partnership, and that leadership of the entire financial industry is critical at a time when regulations are tightening. Ludwig stated, “Through the last seven years of crisis and recovery, we’ve witnessed an increase in global regulatory standards that is really unparalleled in the history of finance. Things are safer today in the financial system than they have been, that is, the banking system in particular. Capital levels are up, risk taking is more measured, liquidity cushions are larger, exposures to riskier activities have been monitored more effectively and many high risk activities have diminished.”

He went on to explain that the regulatory bar is being raised in the US and globally each day, and the expectations are most clearly seen in a variety of global forums such as the Financial Stability Board, the Basel Committee, and the G-20.

The US often applies strict standards to domestic institutions and foreign firms operating in the country, all of whom are under increased pressure. Ludwig said, “This is not just the US at work, but is very much the product of a globalising set of standards—they will not be exactly uniform but they are going in the same direction. And there I think we cannot overstate the degree to which we are part of a global village and every day more so.”

As the financial industry–an information business dependent on technology–changes rapidly, global rules are becoming more and more constraining. Cybercrime is growing, and the US will continue to tighten banking rules with expectations that institutions will reduce the consequences of breaches.

In terms of sanctions, American and global regulators are staunch advocates of these measures as well as anti-money-laundering mechanisms. This is due to several reasons: first, there are very few non-military weapons countries have in their possession to deal with problems, which makes sanctions a favourable option; second, from the perspective of government, resources in the financial domain are solely the responsibility of the private sector to enforce; and third, the world continues to face complex dilemmas which ensures the prolonged existence of sanctions and anti-money laundering.

Ludwig cautioned institutions against simply hoping the regulations will go away and noted that “the greatest risk to any major financial institution at this moment in time is complacency.”

In sum, the bar of regulatory compliance continues to rise globally, sanctions and anti-money laundering are inexpensive mechanisms from a government perspective, the cost of noncompliance is rising, reputational risks continue to heighten, and US and global banks are becoming warier of how and with whom they do business. Despite these challenges, Ludwig remains hopeful about how finance, especially in the UAE, can help make the world a better place. He commented, “This beautiful, extraordinary city, and Abu Dhabi, another extraordinary city, are very much a product of the best of finance. They simply would not exist, not only because of the leadership of their leaders, but for the talents of the financial community here and around the world.”

Capital Club is Dubai’s premier private City Club situated in the heart of the financial district – DIFC. A Members-only Club in a contemporary setting for Members to network professionally and socially; dine and party; host private meetings; and attend a wealth of social and business events. The Club is connected to over 250 premier private clubs around the world as part of its reciprocal club network. Capital Club Dubai is majority owned by Signature Clubs International, a member of the ENSHAA group of companies. As the developer and operator of the Capital Club brand, SCI has over 30 years’ experience in developing, launching and operating high-end private clubs in the Middle East, Europe and Asia. Its portfolio includes existing Clubs in Dubai, Bahrain and Nairobi, with upcoming initiatives planned in MENASA, Europe and the US, as part of a major five-year global roll out program.

About Promontory: http://www.promontory.com/
Promontory is a leading strategy, risk management and regulatory compliance consulting firm focusing primarily on the financial services industry. Led by its Founder and CEO, Eugene A. Ludwig, former U.S. Comptroller of the Currency, the firm is headquartered in Washington, D.C., and assists clients in more than 50 countries on six continents. Promontory’s reputation for excellence has fueled its growth since its launch in 2001. Promontory’s Dubai office covers the Middle East and Turkey. The main areas of focus include: Profitability Enhancement / Strategy; Governance & Controls; Risk Management; Anti-Money-Laundering / Counter Terrorism Financing Compliance; and Regulation. 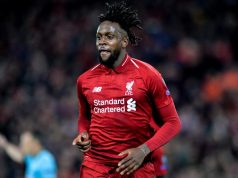 I Would Like To Work With Lil Wayne – Bangladesh