Edo State Governor, Adams Aliyu Oshiomhole, doesn’t want to be a widower anymore. He has announced his willingness to remarry beautiful model Miss Lara Fortes five years after losing his first wife Clara in her long battle with cancer. 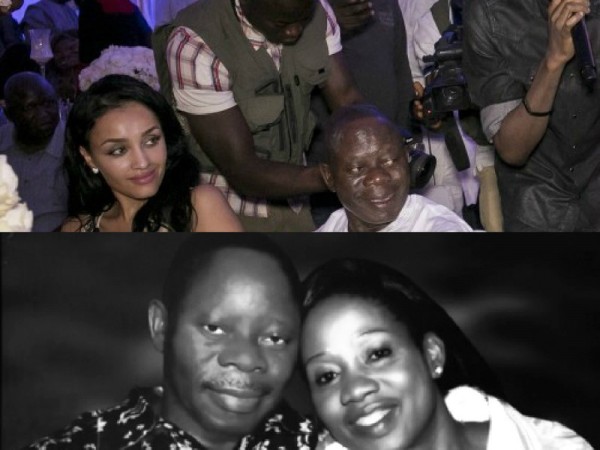 The marriage of Adams Oshiomhole and Lara Fortes is scheduled at 10 a.m. on Friday, May 15, 2015. The wedding ceremony will start at the Etsako West Local Government Council Marriage Registry, Auchi, while reception is about to take place at the Oshiomhole’s country home in Iyamho. Invitations to Oshiomhole’s wedding have already been sent to Edo governor’s relatives and friends.

“While looking forward to the honour of your distinguished presence, I sincerely crave your pardon for the rather short notice. Please accept the renewed assurances of my highest esteem,” written in an invitation note signed personally by Adams Oshiomhole.

Edo State Governor’s first wife Clara deceased in December 2010, losing her long fight against cancer. She was 54 years old. Clara was the initiator of the Health Foundation for Maternal and Child Care, – a project aimed at providing healthcare for pregnant women and female children.

Earlier, in 2013, celebrating his fifth year as governor of Edo state, Adams Oshiomhole explained the reasons why he didn’t want to re-marry after the death of his wife. “Any woman who agrees to marry a man who is not rich, a man who alternates between police stations and cells and lives in a one or two bedroom apartment that is your real love”, told press Oshiomhole, “When my wife [Clara] said I love you, it was from her heart”.

France Must Step Up Their Game