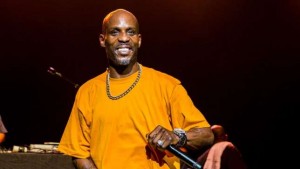 Troubled American rapper, DMX, has been arrested again, this time for not paying child support.

The arrest happened minutes before getting on stage for his Radio City Music Hall concert Friday night, June 26, 2015.

Multiple reports claimed that law-enforcement arrested the rapper after his ex-wife lodged a complain of his refusal to pay for his children support.

A report on New York Post revealed that DMX’s staff called well-known bail bondsman, Ira Judelson to spring him from jail after the arrest.

Angered fans took to Twitter to condemn his arrest.

‘They just locked up dmx outside radio city didn’t even let him perform,‘ a woman named Alondra tweeted.

‘It wasn’t enough that NYPD ruined the Hawks they had to go and lock up DMX right outside a concert where everybody paid to see him,‘ tweeted Jared Dubin.

Pellegrini Aims To Keep City In All Four Competitions

We Have Withdrawn All Policemen Attached To Political Appointees In Anambra...