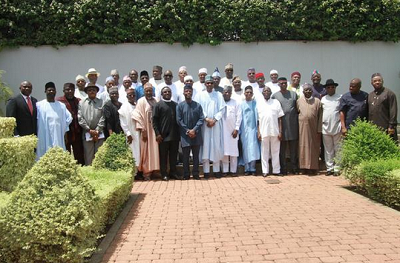 A former military governor of Kaduna State, Col. Abubakar Dangiwa Umar (retd.), has blamed state governors for the current financial mess they have found themselves in and advised President Muhammadu Buhari to apply wisdom on the call for financial bailouts.

Umar, who is chairman, Movement for Unity and Progress, in a statement yesterday, said the current financial situations of the states had long being predicted on the strength of the financial recklessness of the governors.

Only few states are presently not owing workers backlog of salaries and where they are not owing their workers, they are heavily indebted to banks and other multi-lateral financial institutions.

In reaction to the development, Mr. Umar said, “The current desperate financial situation of most state government or at least those of them that have declared insolvency, is a nightmare long foretold. And not only by the cassandras of this world. We had cause to warn about the reckless extravagance of those states which led them to a borrowing spree from commercial banks at very high rates of interest.

“In reaction to our alert, the state governors tried to defend their actions, claiming they were all deliberate plan to finance development projects needed to raise internally generated revenue; a way to cut dependence on oil money”.

He said now that the state governors are in dire financial situation, they are doing all they can to raise money and have so far approached the FGN with a bailout plan, which he described as ill thought requiring President Buhari to give them cash or his government to guarantee for them more loans from commercial banks having exhausted the excess crude account.

“They also want the FGN to instruct their creditors, the commercial banks, to allow them a moratorium period of twenty years without indicating a viable repayment plan within the period. Luckily the banks are privately owned and not subject to any governments dictates”, he stressed.

The former military governor, therefore, advised President Buhari to ask some pertinent questions before he extends a helping hand to any cash-strapped governor including how they got into the problem in the first place.

A Glimpse Of Blanck Digital’s Issue 3: Rita Dominic Is Dating...

Senator Ali Wakili Was A Vibrant And Patriotic Lawmaker – APC

I Can’t Wait To Repay Ole Gunnar Solskjaer’s Faith In Me...