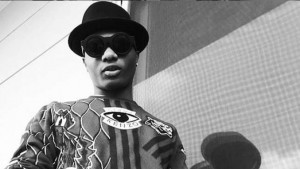 I guess this is a sign that Wizkid is really going places, but the question tho is, HOW WILL CHRIS BROWN TAKE THIS??  Considering that Wizkid and Chris Brown have become real close over time.

Anyways, after snagging collaborations with Angelique Kidjo and Chris Brown, one of the world’s current best rappers, Drake, now has his sights on the pop singer from Ojuelegba.

Three days ago Drake, who is currently in London for Wimbledon, quoted a line from Wizkid’s smash hit ‘Ojuelegba‘. 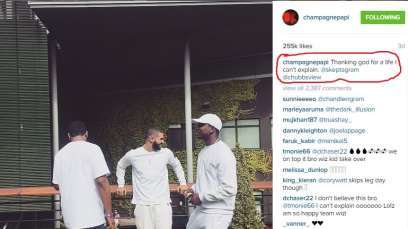 In the Instagram picture above Drake can be seen with Skepta, one of the biggest rappers in the United Kingdom right now.

Skepta whose real names are Joseph Adenuga is of Nigerian origin.

Yesterday, the former EME act re-tweeted a snap shot of his Instagram notification which shows that Drake (whose handle on IG is Champagne Papi) is now following him.

Word on the street is that Wizkid’s third album will be out in September, will the album have Drake on it?

President Buhari Discloses That All Ministerial Nominees Will Not Have Portfolios

In Geneva, Ban says international community has ‘obligation to act’ for...

I Have Not Met Ronaldo But He Is My Friend –...