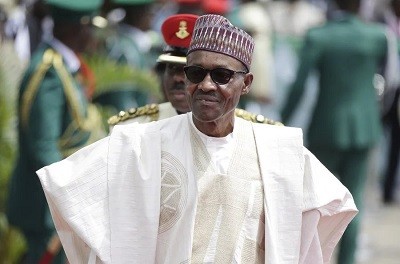 Is this another gainsay?

“I said it that neither Goodluck Jonathan nor Muhammadu Buhari is Nigeria’s political saviour,” Umunna told Vanguard in an interview. “No one person can save Nigeria the way things are now. I have not seen Buhari in the picture yet. It means it is the party, APC, that is still in control, not Buhari.”

According to the cleric, judging by the president’s first month, the People’s Democratic Party (PDP) looked more organised in power than the All Progressives Congress (APC). He also noted that Nigerians have not really given themselves a workable constitution.

“There was no referendum leading up to drawing the constitution that every citizen agrees to,” he said.

“Some people say that Nigeria, like an aeroplane, really took off successfully in the morning of Independence in 1960; but force-landed during the civil war and has not been able to take off again ever since. I wish Nigeria vibrates a more favourable number, but it vibrates a number that has made its leadership to continuously experience turmoil. The country will always experience back and forth movements.

Umunna said that what Nigeria needs is good leadership. “There should be a school that prepares people for leadership positions. When they were shouting ‘Change, Change’, I was busy having a good laugh. The person who could have made a difference is Obasanjo, but he failed. He had everything it takes to make a difference. He had the Army under his control and the right connections and influence but he did not make the needed impact. Now, APC has come with good, precious and wonderful plans and strategies that could turn the country around for better, but it seems now that they were not prepared for the job.

“Look at what is happening with the APC-led government, they have power but it appears they have no wisdom to use it. This is because different people from all manner of places with different ideologies came together to form the APC. They only came together for the sake of power but lack the qualities to lead,” he said.

The Bishop noted that the crisis in the APC showed that the party never expected victory at the last elections.

“APC was not sure it would win; so, it was a shock to them when the victory came, because they never made any leadership plan. My advice is that APC should take a drastic step to rescue the country.”

Umunna also berated Buhari over his tardiness and for not taking a stand on the National Assembly leadership crisis. “I am not happy that President Buhari said he was not interested in whoever emerged the Senate president or speaker of the House of Reps. We are not saying that he should impose his will on NASS, but he must take interest in what happens there because the stability of his government will to a large extent depend on the stability of the National Assembly.”

He said Buhari has not been able to make important decisions like choosing his cabinet members because of the crisis in the APC, as Kaduna State Governor Nasir el-Rufai showed that even after taking over from an opposition perceived to be corrupt, choosing the people that will work with you need not take forever.

He also slammed the president for saying he belonged to nobody. “How can he say that?” Umunna queried. “Would he have won without Asiwaju Bola Tinubu and others who invested in the project?”

“But the APC must think beyond the party and begin to see how to move the country forward. I really do not care about which party wins an election, but in the delivery of good governance. Days ahead will prove whether the president truly belongs to anybody or not.”

Mothership1 to Change the Economics of Cloud Building