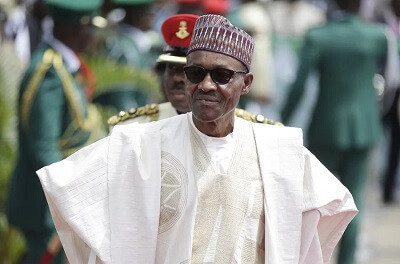 After weeks of crisis in the House of Representatives, Speaker Yakubu Dogara has succumbed to pressures from his All Progressives Congress (APC) and named Femi Gbajabiamila House Majority Leader.

President Muhammadu Buhari had reportedly called Dogara on phone following a last-minute meeting with party leader, Asiwaju Bola Ahmed Tinubu to mount pressure on the speaker who apparently could not say no to Mr President. However, presidential spokesperson Garba Shehu denied there was any call between Dogara and Buhari.

Following the resolution of the crisis, Dogara charged the legislators to proceed to discharge the issues they were voted for, saying that they had wasted enough time on issues of personal aggrandisement.

During yesterday’s proceedings, Speaker Dogara conferred with Gbajabiamila and Ado Doguwa (Kano), who Dogara was tipping as House Leader, in the office of the House Clerk, while his deputy, Rep. Yusuf Lasun took over deliberations.

Following the deliberations that lasted for about one hour, the Clerk returned to the chair and announced the principal officers of the ruling APC.

While a large section of the House was happy about how the leadership tussle ended, lawmakers from the southeast expressed displeasure at the way the APC ignored them.

Reacting to the development yesterday, Rep. Austin Chukwukere (APC, Ideato North/South), Imo State, said that the South-east members were not happy because the party abandoned them despite what they passed through during the election.

“We are not happy over our exclusion and the way the party has abandoned us despite what we passed through during the election to ensure that APC has representation in our place. Our constituents have been calling us over this development and we have not heard from the party why this injustice should be meted on us,” he said.

Nigerians Must Sustain The Prevailing Peace In The Country – Sheriff...

Was The Linda Ikeji Brouhaha A Publicity Stunt?!?

Hosting The Grammy Awards Is A Big Deal – Alicia Keys