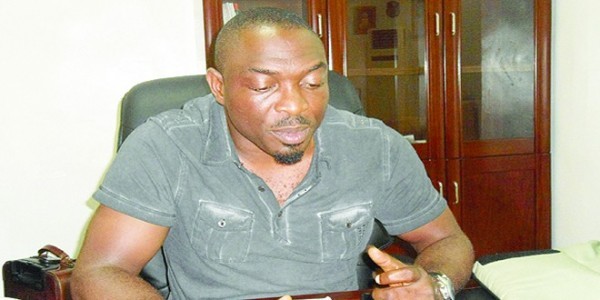 Ijaw youths, under the aegis of Ijaw Youth Council Worldwide, have asked President Muhammadu Buhari to come up with an economic plan for the people of the Niger Delta.

The youths said while they were not against the president’s moves to curb oil-related theft in the region, they wanted him to do the needful before deploying soldiers in the region.

The IYC President, Mr. Udengs Eradiri, who spoke at a news conference in Yenagoa, the Bayelsa State capital on Thursday after an expanded meeting of executives of the body, urged Buhari to go after the big guns stealing oil in large quantities.

Eradiri also said as part of the measures to empower people of the Niger Delta, President Buhari should order redundant vessels and those yet to berth in Lagos to divert to ports in Warri, Port Harcourt and Calabar to spring up business activities in the region.

Eradiri said, “We want to commend President Muhammadu Buhari for his trip abroad. During which, he was able to articulate issues concerning Nigeria’s policies especially the Niger Delta.

“We must commend him for the way he addressed the world about Nigeria. Truly, he is the pride of Nigeria.

“But while addressing the world, he raised certain issues which we need to make inputs: He talked about the oil theft in the Niger Delta, which we support fully, his approach towards curbing the menace because the stealing of oil is actually degrading our environment.

“Also, the development is actually a crime against humanity when people carry out certain actions that in the long run they destroy the people’s land and their way of life.

“But we must say that this oil theft did not start today. It is the attitude of successive governments that have led to our people struggling to survive. We want him to go after the big guns – those merchants who bring in big vessels to steal oil. They are the people he should go after.

“We are not against the stoppage of vandalism of oil pipelines but he must have an economic plan.

“Our people right now need to survive. There is no more fishing in our areas and our lands can no longer produce the kind of things they used to produce. It is our position that while Buhari is coming to fight the menace, he must come with an economic plan.

“We are saying that all those vessels in Lagos doing nothing, waiting to berth should be ordered to the ports in Warri, Port Harcourt and Calabar. By so doing, a lot of economic activities would begin to spring up in these areas and support the local economies”.

He also lamented that many oil-related projects in the region had been abandoned by the Federal Government, insisting that there should be a clear-cut programme by the government in expanding the ports.

The IYC leader argued that such programmes were fantastic baits and alternatives to engage the people while the government went ahead to rid the region of oil thieves.

“We will support the government only when there is a clear cut economic plan that will serve as an alternative for the people”, he stated.

Eradiri, however, expressed disappointment that the president commended the U.S Government for the successful conduct of general elections in the country without giving any credits to former President

Goodluck Jonathan, who he said created the enabling environment for the process to work.
He said Jonathan ensured that the political process in the country worked by instituting free, fair and credible electoral process.

“Buhari should give credit to Jonathan for making the process work. We fault the President by commending the US instead of giving credit to Jonathan. Jonathan swallowed pride and made sacrifice to ensure peace and unity of Nigeria”, Eradiri said.