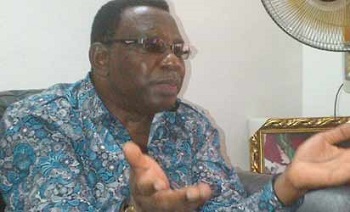 The Peoples Democratic Party said on Tuesday that it did everything within its power to ensure its victory during the last governorship election in Lagos State.

The All Progressives Congress candidate, Mr. Akinwunmi Ambode, was declared winner and returned as Governor of Lagos State while the PDP candidate, Mr. Jimi Agbaje came a close second.

To underscore the importance of the state to PDP, then President Goodluck Jonathan made no fewer than three trips to Lagos, where he met with various interest groups, traditional rulers and political heavyweights, all in a bid to ensure APC did not retain the state.

However, the outcome of the election dazed the PDP, which some two weeks earlier, had also lost the presidential election to its arch-rival, the APC.

One of the underlying factors blamed for the PDP’s defeat in the state was the lack of unity with which it went to the polls. The governorship primaries had factionalised the party and despite last minute efforts to bring the warring factions together, very little was achieved.

But all that is set to change now as the Lagos State Chairman of the party, Capt. Tunji Shelle (retd.), said peace would soon return to the troubled party in the state.

Speaking to journalists in Abuja on Tuesday, Shelle said that he had been directed by the national leadership of PDP to hold a peace meeting with the various factions of the party in his state.

He said he was happy that the crisis in the state chapter of the party was discussed at the PDP Election Review Committee meeting, which was held in Abuja on Tuesday.

At the meeting, which was presided over by Chairman of the Committee, who is also the Deputy President of the Senate, Sen. Ike Ekweremadu, the Lagos PDP chair said the committee was happy with his leadership style.

He said, “Peace is returning to Lagos PDP soon. We are on track and I can tell you that as one big family, we are on course.

“We did everything to win the governorship election in the state, but the ruling party manipulated the election, by manipulating the use of card readers and other forms of rigging.

“That was how the APC won. If there was no manipulation, we would have won. But we are sure of winning at the tribunal”.

On the crisis rocking the state chapter of the party, he said, “some members of my executive revolted against me but I’m happy to tell you that I’m the recognised chairman of the party in the state”.

Meanwhile, Sen. Ekweremadu said his committee would soon embark on zonal meetings to find a lasting solution to the crisis in the party at the national level.

The post We Did Everything In Our Power To Win Lagos – PDP appeared first on INFORMATION NIGERIA.

I Don’t Give Too Many Thoughts To Appearances – Juliet Ibrahim