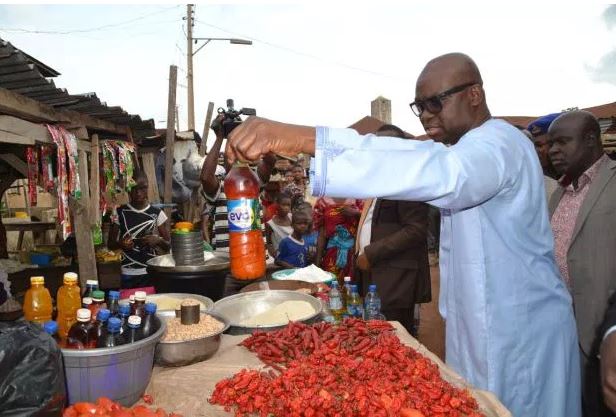 The Governor of Ekiti State, Ayodele Fayose has again shown some of the actions that endears him to the people of the state. In new photos posted on social media by the governor, he was at a market in the state buying soup ingredients.

Photos of him at Elegberun Market in Ikere Ekiti area of the state was posted on twitter via the governor’s social media account.

“I am at Elegberun Market, Ikere Ekiti, today, to look at the ongoing construction work in d market. I also bought soup ingredients,” Fayose wrote on Twitter.

Among the ingredients bought by the governor were ‘ponmo,’ pepper, tomatoes, fishes and a bottle of palm oil.

Remarks After Touring the Fistula Clinic at St. Joseph's Hospital

Is Mayorkun The Future Of Nigerian Music?

Jon Snow Currently In Rehab For Stress And Alcohol