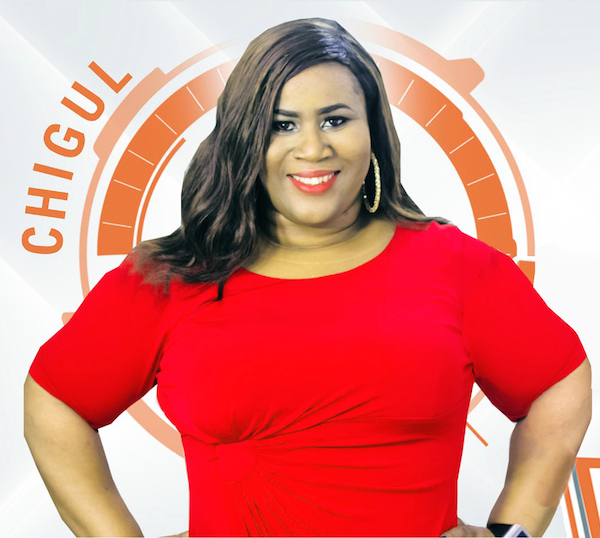 If you haven’t heard for the latest trending popular TV host and comedienne Chigul now you know.

Any way Chigul opened up most of the characteristics she finds not happy about Nigerian men. She was in this week’s edition of MTV Base Real Talk.

Giving back to the Responds to the question from MTV VJ, Stephanie Coker on what upsets her about Nigerian men, she said:”I don’t like men who assume because they have small money, ladies should just jump and follow… Sometimes the money is not even real, it’s in their mind…that’s very annoying.”

She also answered questions from fans including Udeh Chukwunonso Celestine who asked about her marital status. “Are you married or when are you getting married?”. Chigul replied: “It’s complicated, let’s leave it there.” She jokingly added: “Nonso come o. Help yourself, knock on my door, I will open for you.”

Another fan asked: “What are some of the things people don’t know about you?” In response, she said: “A lot of people don’t know that I am a certified French teacher and I speak five languages. I am also a jazz singer and can do a lot of things with my hands.”

Chigul talks about her marriage in the video below:

Chigul talk about what makes her annoyed about Nigerian men in the video below:

Chigul also talk about the secrets that people don’t know about her in this video:

Orezi: “I bought my first car before my first hit”