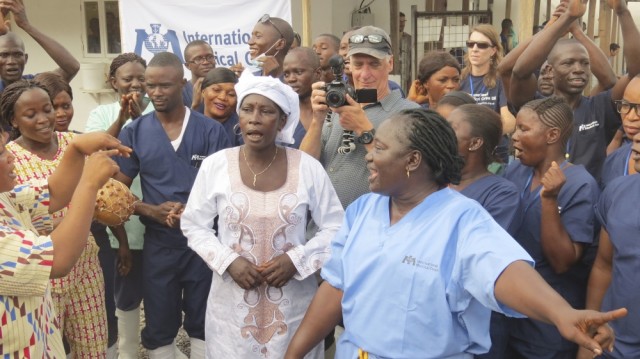 President Ernest Bai Koroma hailed “the beginning of the end of Ebola in Sierra Leone” pn Tuesday as Adama Sankoh, 34, was released from hospital in Makeni, the country’s third-largest city, in a festive ceremony.

“The Ebola fight is not yet over – go and tell members of your community that,” the president said when presenting the certificate to the woman. “Go back to your community and continue to live life as you used to.”

Sankoh, whose 23-year-old son contracted Ebola in the capital, Freetown, before traveling to his home village, thanked everyone who provided her with care during her illness.

She also vowed to be the last person infected in Sierra Leone with the virus.

“Although my child died of Ebola I am very happy that I have survived today,” she said, upon leaving the Ebola treatment centre in Mateneh village, on the outskirts of Makeni, the president’s hometown.

Sankoh said she would “from now on be the number one messenger to sensitise people that although Ebola is on the run, vigilance should be the watchword”.

The release of the cured patient was celebrated by crowds dancing in the streets, beating drums, cars honking their horns and radio and television stations playing the national anthem.

With no new cases reported in two weeks, Sierra Leone joins neighbouring Liberia in the countdown to being declared Ebola-free, with Guinea the only country where people are still falling sick with the deadly tropical fever.

The World Health Organisation says a country can be declared Ebola-free 42 days after the last confirmed case has tested negative twice for the virus.

Since first emerging in December 2013, the worst outbreak of Ebola in history has infected nearly 28,000 people and left some 11,300 dead – mostly across Sierra Leone, Liberia and Guinea.

Sierra Leone had its first case in May 2014, after a woman tested positive on her return home from a funeral in Guinea. Some 4,000 people have since died in the country.

The disease can cause fever, vomiting, diarrhoea, kidney and liver failure, and internal and external bleeding. There is currently no licensed cure or treatment. 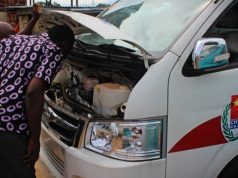 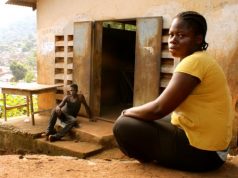 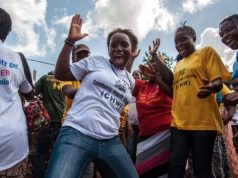 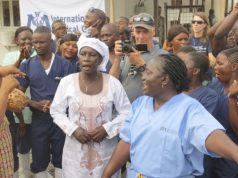 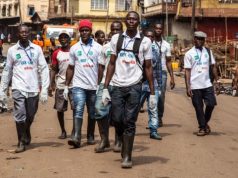 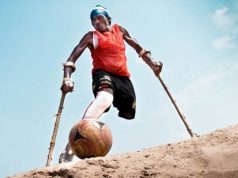