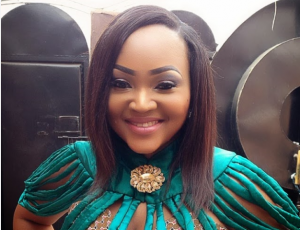 Popular Nollywood actress and producer, Mercy Aigbe has warned her fans against paying any Facebook account using her name.

The actress said she’s not on Facebook and scammers keep using her name to scam people on the site.

“I have received calls from different sections of the public that I run a film school and a modeling agency where people have to pay to be part of. Some unsuspecting members of the public have paid large amount of money to these fraudsters who are only bent of swindling them of their hard earned cash,”

“A young lady recently walked into my MAG DIVAS office insisting she paid N25,000 into my account for an ushering job I posted on my Facebook page for a mega event on 16th of August. Another scenario was a call from a fan that he paid in N3000 into my account for the delivery of the prize he won after answering questions on the films I have worked on. The public should stop relating with anyone claiming to be me on Facebook because I don’t run any of the 67 accounts.”

I Cannot Choose Between Messi And Ronaldo – Mbappe

Messi Will Extend His Contract – Barcelona