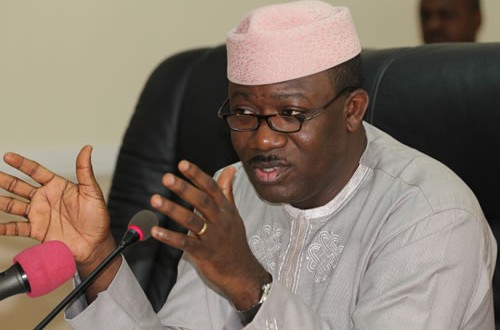 The Minister of Solid Minerals, Dr. Kayode Fayemi, on Tuesday said the ministry would, in the coming week, unveil the roadmap that would guide local and foreign investors in the mining sector.

Aside detailing the quantity and quality of mineral deposits in the country, the document, when released, would also list the categories of mining licences as well as ensure strict adherence to the conditions attached to them, among other things.

The Minister disclosed this during a meeting with the Canadian High Commissioner to Nigeria, Perry Calderwood, in Abuja yesterday.

Mr. Fayemi, who said the country was set to partner Canada and other countries with successful mining industries, disclosed that his findings had revealed that Nigeria would earn more revenue and boost its economy if it could effectively block leakages in the sector, ensure adherence to regulatory framework and put in place a thorough supervision of the sector.

“By the time we release the roadmap, more investors will show interest in the sector”, he said, lamenting that 80 per cent of the artisanal mining in the country were unrecorded.

He stated that the successes recorded in the agric and mining sector would boost the President Muhammadu Buhari’s administration’s plan to diversify the economy.

Stressing that the Minerals and Mining Act of 2007 contained best practices in terms of incentives to investors, Mr. Fayemi said government was set to implement it by partnering with the ministry of industry, trade and investment as well as the National Assembly, Nigerian banks and the universities.

Mr. Fayemi said, “We are working out partnership with the ministry of industry, trade and investment to help market the sector; our research institutes and universities to achieve better data and supply of expertise; the National Assembly for legislation. We also need the financial sector to understand the mining sector. We need the banks to set up solid minerals desk in their banks”.

The Canadian High Commissioner had earlier commended the Buhari administration for demonstrating strong commitment towards diversifying the economy through mining and agriculture.

He urged the government to make the sector more attractive to investors by tackling security and regulatory issues, which according to him, were sources of discouragement to investors.

Responding, Mr. Fayemi said the Nigerian government was tackling the issues, stressing that “security, corruption and growing the economy” remain paramount to the administration.

Our Industries Cannot Compete With That Of Other Countries – Femi...

Floyd Mayweather Loses The Mother Of His Kids