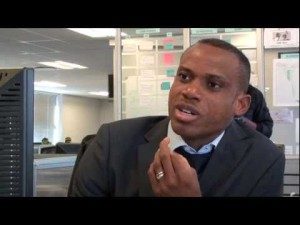 Nigeria head coach, Sunday Oliseh, is pleased with the team’s preparations for the 2016 African Nations Championship (Chan) in Rwanda which kicks off on January 16.

The Super Eagles commenced preparations for the Chan a fortnight ago in Abuja and have since arrived in Pretoria, South Africa for the final leg of their tune-up for the tournament in Rwanda.

Oliseh has no issues with the preparations of his charges and believes the Super Eagles “can do well in Rwanda.”

“We started our preparations two weeks ago in Abuja and now we have decided to come to Pretoria.

“It has almost the same altitude like Rwanda and also South Africa is good for my players.

The Nigeria trainer then spoke about his side’s chances at the tournament explaining that it is important to hit the ground running.

“I think they (Super Eagles) can do well in Rwanda because we have a very good team.

“But then in a tournament, you never know.

“We just pray we have a good start,” he said.

Nigeria’s Super Eagles have been drawn in Group C of the Chan alongside Tunisia, Niger and Guinea.

The Super Eagles will play two group games (against Niger and Tunisia) at Stade Régional Nyamirambo, Kigali on January 18 and 22 respectively before rounding off their preliminary campaign against Guinea at Umuganda Stadium, Gisenyi on January 26.

MTN Sets To Launch Mobile Banking To Boost Profit After $1.7b...

IFRC calls for urgent support as the deteriorating humanitarian situation in...