Life goes on, infidelity drama or not, Tyga is not fazed.

The luck of love might have suddenly smiled back at the American rapper who was recently spotted having a nice time as he joined pals courtside to watch the LA Lakers take on the Oklahoma City Thunder at the Staples Centre, Los Angeles on Friday.

Just few days back another cheating allegation came into existence by Brazilian model, Annalu Cardosa. claiming Tyga cheated on Kylie Jenner with her when she was out of the country.

The rapper who had earlier met up with his girlfriend Kylie was spotted looking all chill and blings at the basketball game with his unmissable newly bleached hair and numerous tattoos proudly on display.

The hip-hop star dressed down in a tartan long-sleeved shirt which he paired with a pair of black jeans.

He wore a black bomber jacket with eye-catching pictures printed on the back and there was plenty of bling on display with a number of chains, including a crucifix, hanging around his neck, a gold watch on his wrists and rings wrapped around his fingers and Yes! a chin without worries. 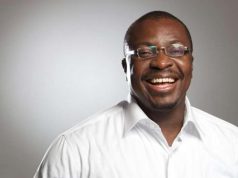 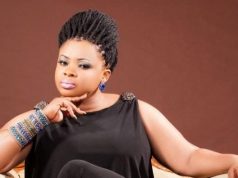 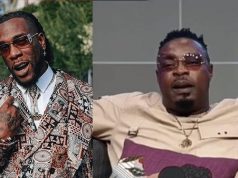 Anita Joseph Is A Married Woman

Arjen Robben Out Of Netherlands Qualifiers

We Must Go Through Pain For Better Tomorrow – Tinubu