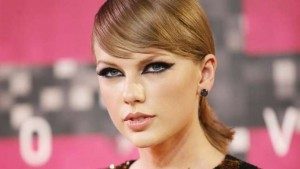 The “Shake It Off” singer, 26, came ahead of boy band One Direction, currently on a break, who took second place with $110 million.

“The pop superstar smashed the Rolling Stones’ North American touring record, grossing $200 million on the continent en route to a quarter-billion dollars in total for her 1989 World Tour,” Forbes said in a statement.

“The world’s 100 highest-paid celebrities pulled in $5.1 billion pretax over the past 12 months, more than the GDP of Belize, Gambia and Bhutan combined,” Forbes said.