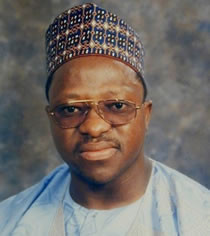 The Peoples Democratic Party (PDP) in Plateau has called on the Independent National Electoral Commission (INEC) to declare the seat of Sen. Joshua Dariye in the Senate vacant.

The News Agency of Nigeria (NAN) recalls that Dariye, on Thursday at the Senate, announced his defection from PDP to the All Progressives Congress (APC), citing lingering leadership crisis in the party as reason.

In a statement by the party’s Deputy Chairman in the state, Mr Amos Gombi, on Friday in Jos, PDP urged INEC to immediately conduct fresh election for Dariye’s Plateau Central Senatorial seat.

It said that the fresh election would be in accordance with section 68, sub-section one of the 1999 Constitution as amended since Dariye had abandoned the party on whose platform he contested and won the election.

”In 2015, Sen. Dariye contested and was elected on the platform of the PDP as senator, representing Plateau Central Senatorial Zone.

”But, by leaving the party, he cannot under this circumstance, lawfully and legally retain his seat as representative of the people in accordance with section 68 sub-section 1 of the 199 Constitution as amended.

”We strongly condemn this act and demand that he should honourably resign and vacate his seat as senator representing Plateau Central, haven become a member of another party before the expiration his tenure.

”So, we categorically call on INEC to immediately declare his seat vacant and conduct fresh election to replace him,” the statement demanded.

The party denied any division or crisis in its ranks and called on its supporters to disregard such insinuations.

It urged the supporters and members to remain steadfast in their loyalty, saying that Dariye’s exit would do no harm to its popularity.

I Like Pogba But My Squad Is Complete – Zidane

I Was Not Appointed To Wear Uniform – Hameed Ali