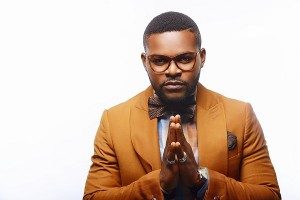 They were fantastic! We could leave it at that and move on but the combination of actress Adesua Etomi and everybody’s darling Falz was too great to be left just at that.

Since they were announced as the hosts of the 2016 Headies, their performance had been almost as anticipated as the actual musical performers of the night.

Individually they were already acclaimed to be brilliant – one could safely refer to them as the two new school leaders of the respective crafts.

Adesua Etomi is one of the few starlets commanding attention – and powerful roles in movies like The Arbitration and the recently released romantic comedy The Wedding Party attest to this.

Falz on his part has shown that he’s more than just a sideshow. He definitely holds his own as a rapper as seen on his last album Stories That Touch.

His comic persona enabled him reach audiences that wouldn’t necessarily pay attention to his witty punchlines. His crossover to acting made him more Will Smith like, even without the six feet two inch frame.

Then the several collaborations with singer Simi and their eventual EP, Chemistry cemented his position as Nigeria’s sweetheart.

Hosting a live show, however is a different kettle of fish; more so that it was the stage of the biggest entertainment event of the year.

But their entry laid the ground for what would come. After wowing on the red carpet and making their way up to the Eko Convention Centre venue, they kicked off the show by performing ‘Chemistry’ from the joint EP with Simi and ‘Soft Work’ from Falz’s own album. Who knew Adesua could sing a tune like so?! It was a perfect entry for a much anticipated event.

Their chemistry – no pun intended – made for a witty night. Both individuals bounced ideas off each other and carried the audience along.

It is rare – at the Headies no less – to have a pair of acts compere a show as well as Adesua and Falz did. Many people have tried in the past and it hasn’t gone so well.

Bovi and Kaffy were hosts at the last edition and it took a lot of the comedian’s extemporaneous slapstick abilities to be on the same page with the audience.

Same for the year before that when Toke Makinwa and Basketmouth did the honours. The list goes on to include more accomplished Tiwa Savage, Dr Sid, Rita Dominic, Dakore Egbuson, Banky W and several other superstars.

This writer will go out on a limb and say that this year’s hosts, Miss Etomi and Falz the Bahd Guy, are hands down the best hosts the awards ceremony has ever had.

Perhaps the high point of their set was towards the end of the night when Falz did an imitation of internet sensation Bobrisky – without having to mention his name. It could have been the organiser’s script or a director’s idea: either way, the delivery by Falz is nothing but sheer genius.

We All Know Wizkid Stole The Songs – Dammy Krane