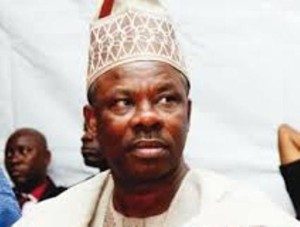 Following the presentation of the “Budget of Repositioning” by the executive governor of Ogun State, Senator Ibikunle Amosun, the State House of Assembly has passed N221 billion 2017 appropriation bill into law.

Although the House approved the bill in less than 40 days after the presentation, the amount proposed by the governor was reduced by about N38m.

Furthermore, the speaker of the Ogun State House of Assembly, Mr. Suraju Adekunbi directed that a copy of the bill should be sent to the governor for his assent.

Governor Amosun after signing the said bill promised that notwithstanding the economic recession currently faced by the country, the implementation of the budget is guaranteed.

In the same vein, the All Progressive Congress (APC) Ogun State chapter has commended Senator Ibikunle Amosun for the efforts made by his administration to help eradicate poverty and better the condition of citizens.

A statement signed by Mr. Sola Lawal, the All Progressive Congress (APC) Publicity Secretary in Ogun State reads: “The significance of this cannot be overemphasized, as the Amosun administration has demonstrated commitment to eradicate poverty and improve the economic condition of the people.”

Abia Youths Should Take Advantage Of The Skills Acquisition Centres –...

I Want To Return To The National Team – Mata