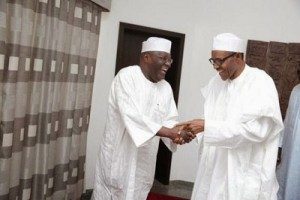 The comment was made on the group’s behalf by its National Coordinator, Comrade Joel Edegba.

“We in Concerned Nigerian Youth Development Organisation, CNYDO, commends the Independent National Electoral Commission, INEC, for the first time to promptly release an election time table ahead of 2019. It is an indication that the electoral body is very prepared and ready to conduct elections. We commend their move and early preparation,” Edegba said.

“We have it on record that some top political figures are beating their chest that Former Vice President of Nigeria, Alhaji Atiku Abubakar, will be stopped from realising his presidential ambition come 2019.

“We think it’s an intimidation to Atiku by them and have made themselves demi-gods in Nigerian politics. We declare that no height nor breadth of intimidation can stop Atiku, and we the youths will see who will stop him come 2019.

“Former Vice President like every Nigerian has the constitutional right to contest in 2019 on any political platform which he desires. So we the youth in this country discard that intimidation because it is a storm in a tea cup.

“It is important to state that people like Atiku should be allowed to exercise their constitutional rights to seek political positions through election because he is a Nigerian who has made positive impact in the democratic development of Nigeria since 1999 and now. I urge Nigerian youth to discard such intimidations and support credible candidates,” he added.

Atiku said, in January, that the 2019 general elections are not a priority at this time adding that the issue at hand is “how to make life comfortable for the people.”

We Will Bridge Gap Between Government And Governed – FG

No Victor, No Vanquished – Ameachi

Does Skype help or hinder communication?